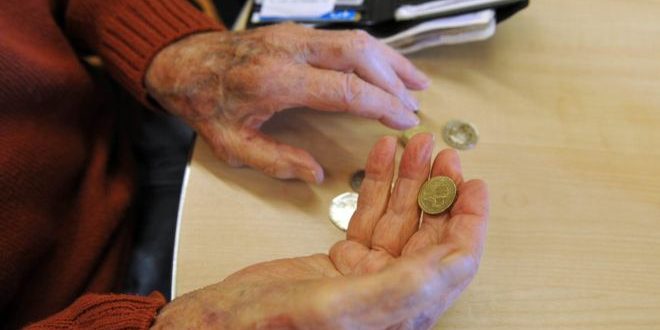 To cut or not to cut? The  upcoming austerity measure of pension cuts as of 1.1. 2019 became top on the agenda of political debate between the government, the opposition parties and the media on Friday.

An exclusive report by Athens News Agency said that Greece’s creditors considered the “social security system viable” and that the measure of fresh pension cuts as of 1.1. 2019 could be “cancelled.”

Citing sources from Brussels amna reported that creditors not only considered to postpone the implementation of the austerity measures originally demanded by the International Monetary Fund, but to scrap the measure all together.

The sources claimed further that Greece’s opposition parties were informed about the latest development, that is about the deal.

Prompt was the reaction by main opposition party, conservative New Democracy that said it had absolutely no information about the issue and stressed it has never voted in favor of the legislation of pension reforms  including the pension cuts.

Asked by reporters in Brussels, the European Commission advised Greece in …Latin.

“Our position is crystal clear: pacta sunt servanda. This is the only position you need to look at,” Commission spokesman Alexander Winterstein told a regular news briefing.

Greece has been trying to avoid the measure and it was Prime Minister Alexis Tsipras who said two days ago that the measure was “not necessary” in fiscal sense.

Pensions are to undergo one more cut of up to 18 percent as of 1. January

Later government spokesman Dimitris Tzanakopoulos said during a press briefing that there can be no such deal because there are no negotiations between Athens and creditors on the issue. “There are talks but not negotiations and therefore creditors cannot agree or disagree on something,” he stressed.

Late on Friday, a government official said that Greece and the creditors’ representative on inspection in Athens had on the cost of the tax relief measures announced by Prime Minister at the Thessaloniki International Fair last Saturday.

The time period over which the measures will be applied depends on fiscal developments in 2018 and 2019, said the government official.

Alexis Tsipras had announced tax cuts that will include dramatically reducing a property levy for those worst affected by the crisis in 2019 as well as lowering sales Value Added Tax in 2021. Corporate tax  would be reduced from 29% to 25% by 2022. “It is the least we can do to mend wounds, reduce great burdens and create a growth dynamic in the Greek economy,” Tsipras said.

Other measures ranged from increasing the minimum wage and social welfare to the needy  to reinstating collective bargaining and applying retroactive pay rises worth €1bn for university professors, the police, military and judiciary.

It should be noted that the draft budget will be submitted to the Parliament on October 1. The final text will be ready in November.

If the measure of the pension cuts will be implemented or not it will most likely be decided at the Eurogroup on November 5.

PS  Meanwhile in the Greek Finance Ministry, they try to identify the ‘source’ that spread the claim about the pension cuts. Some media note that speculate that aim of the fake news was to undermine ND leader Kyriakos Mitsotakis who is expected to hold a speech at Thessaloniki Fair on Saturday and make his own promises about the welfare of the Greeks and the country when he comes to power.