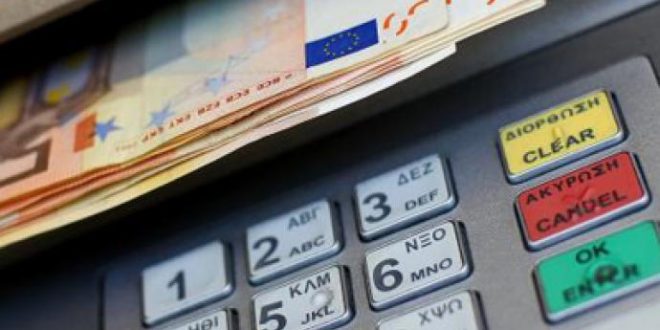 After three years and three months, Greece will lift the cap on cash withdrawals as of 1. October 2018. It herewith completes the so-called “second pillar” of Capital Controls imposed in the country on end June 2015.

The Finance Ministry has issued the relevant decision on Thursday, Sept 27th 2018. It is expected to be published in the official Gazette in the next days.

However, some restrictions will remain with regards to trasnfer of money abroad and withdrawing money abroad.

As of 1. October, bank account holders will be able to withdraw as much cash as they want inside Greece.

Cap on ATM withdrawals remains at 10,000 euros as in all EU countries.

Cash withdrawals from Greek banks when abroad are limited to 5,000 euros  per

Transfer of cash is increasing from 3,000 euros currently to 10,000 euros per natural person and travel abroad.

Money trasnfer abroad for legal entities and entrepreneurs increases to 100,000 euros per each transaction per customer and per day.

Money from profits and dividends from foreign capital invested in Greece is allowed to be transferred abroad at 100%.

The third pillar of the capital controls refers to transferring money abroad.

PS From 1. Cot 2018, the only cap for withdrawals in Greece will be connected with the money available on a bank account. Too late. For many people bank accounts are empty, life savings have been spent for survival in the 8 years of economic crisis.