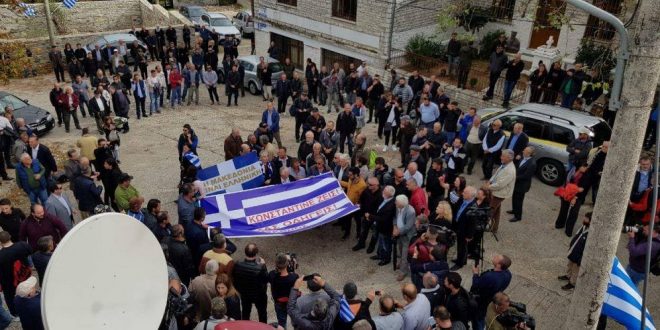 The exact reason for the Greeks’ detention on Thursday morning is not known with confusing information coming both from Albanian and Greek media.

According to some Albanian media, the four Greeks will be taken to prosecutor for inciting hate between nations and religions.

Earlier reports said that they were detained for carrying banners with slogans about “Northern Epirus,” The term used by Greeks refers to the historical region of Greece’s Epirus that has been part of South Albania since beginning of 20th century. The is rejected by Albanians for its irredentist connotations. 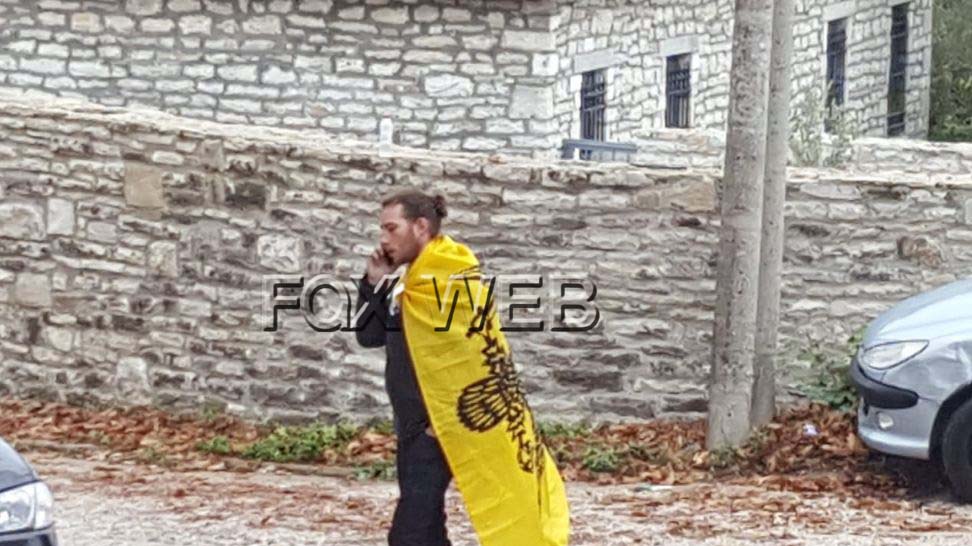 Yellow flag with the Byzantine symbols

According to Albanian Faxweb, two of the detainees had bags with full face masks and t-shirts with paramilitary symbols of extreme far-right organizations.

Security controls at the Kakavia border crossing have been especially thorough by Albanian security forces.

Citing sources from the Greek Ministry for Citizens’ Protection, Greek media report that the four will be soon taken to the border crossing “Kakavia”, some 6 km away form the village, and return to Greece.

According to ANT1, Albanian authorities banned more than 30 Greeks from entering the countr for various reasons. They banned a group of travelers for wearing t-shits with the Greek and the Northern Epirus flag. Others were not allowed to enter Albania becasue they had no more than 20-30 euros with them. A man was banned for having a tattoo with “ancient Greek & patriotic” content” as he told the Greek private TV station.

Thousands of people have already arrived to the village from Greece, many with buses chartered by Associations of the Greek minority in Albania.

Konstantinos Katsifas was killed in a shootout with Albanian police on October 28th, a Greek national holiday.

The funeral is taking place in a tense atmosphere and under strict security measures out of fear of provocations.

The Greek Foreign Ministry has advised Greeks to show “self-control and respect” to the family.