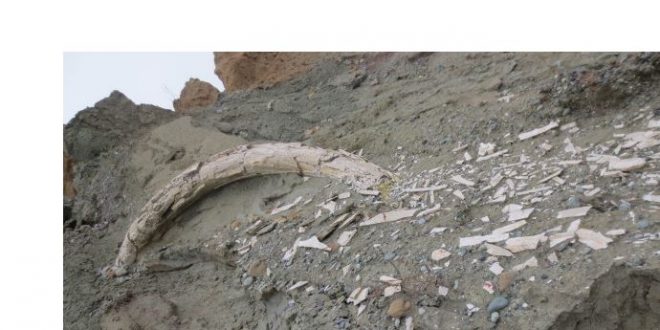 A landslide at the Amyntaio lignite coal mine unearthed a 2-meter-long tusk.

The pre-historic finding was discovered by workers of the Greek Public Power Company when they went to inspect the landslide area last week.

They immediately informed their director about the finding and on his part he informed the competent authorities as well as the Paleontology Museum of Prolemaida in West Macedonia.

According to local media kozan, experts form the Museum visited the site the following day and took all necessary measures to transfer the tusk to the Museum. 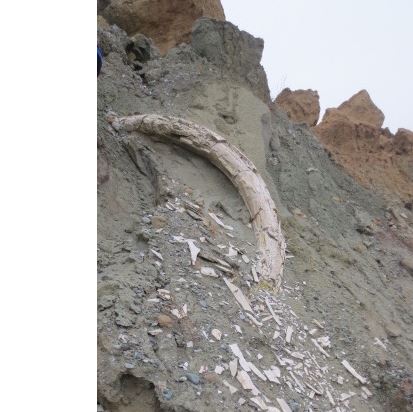 Experts from the Ephorate of Paleo-anthropology and Speleology Department in Thessaloniki and expected to visit the Museum towards the end of the month in order to determine more data about the tusk and help with its preservation.

The Paleontology Museum of Prolemaida opened its gates in 2006 and has rich collection of archaeological and especially paleontological findings found in the broader area of Eordaia by Kozani. 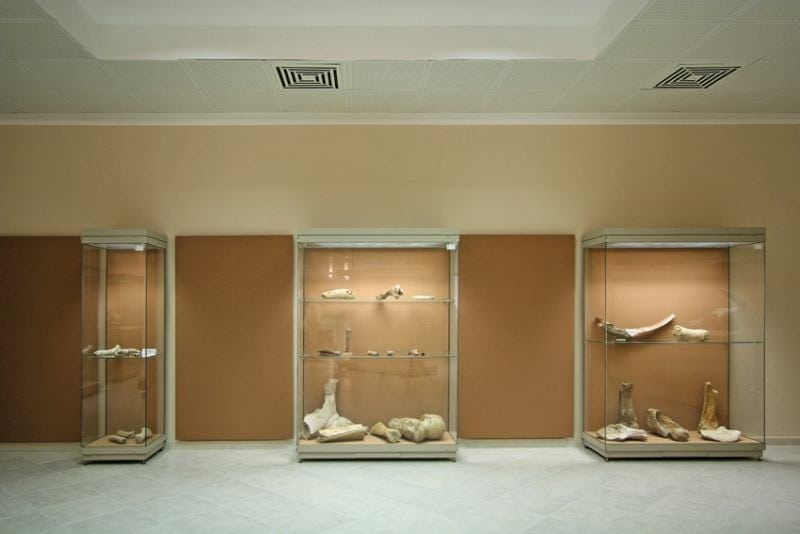 Within a 50-year period, paleontologists and archaeologists have made many discoveries due to the industrial development of the Eordaian countryside.

In particular, the skeletal fossils of a prehistoric mammoth, a prehistoric elephant, and Stone Age tools have all been found within the province of Eordaia.

These finds add to knowledge on the variety of animal species and human artifacts in this particular region of western Macedonia.

The Palaeontological Collection of the Museum consists, almost entirely, of objects locals have found during works in the fields or construction sites and voluntarily gave to authorities.

The existing Palaeontological objects are distinguished in rocks and fossils, of plant or animal origin, vertebrates or invertebrates, with the vertebrates occupying most of the relevant exhibition space.

Among the most important exhibits are the tusks of the prehistoric animals, mainly mammoths (Mammuthus Archidiskodon meridionalis), the jaw of a hippopotamus antiquus, the bones of prehistoric horses (Hipparion / Epuus) but also parts of sculls and horns of various cattle (Bos primigenius, etc.) and fossils of pig-like animals (Propotamochoerus.) .

The ages of these fossils usually range from 1 to 3 million years. However, there are much older ones, such as the findings from Gastropods Brachipodas, and Digera, which reach up to 70 to 80 million years.

Exhibits of plant origin distinguish sections of tree trunks, some of which belong to unknown species.

“Unfortunately, the fact that the findings are not unearthed during systematic excavations their study is difficult,” notes museumfinder. 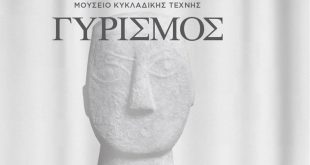