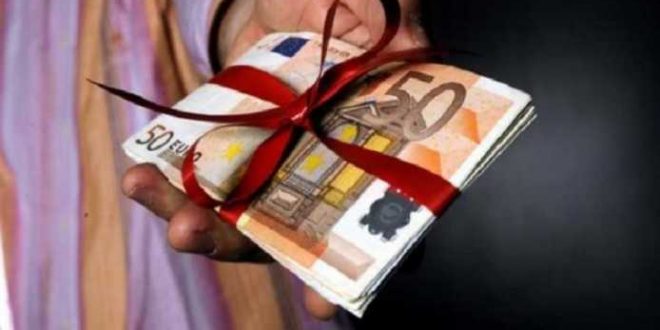 Employer in Patras shot for demanding return of Christmas bonus

January 28, 2019 Social Comments Off on Employer in Patras shot for demanding return of Christmas bonus 202 Views

A local businessman in Patras, Peloponnese, was shot in the head with an air gun, after he allegedly demanded back the Christmas bonus he was obliged to give to his employees according to the Greek Labor Law.

The perpetrator was not one employee though but a friend of an employee.

The man reportedly went to the local business to negotiate with the employer. The two men apparently agreed that the employee would not return the bonus but sign a paper for her voluntary leave from the business.

According to the attacker, when the two had sealed the deal, the employer started to swear at him. He got upset, went home to get his air gun and return to the local business. He fired at the employer’s head and injured him in the ear.

The employer remained hospitalized for a couple of days and returned to his business.

According to the Patras workers’ Center and the Labor Ministry Inspection department, there have been several denouncements against the involved business that it has demanded back the Christmas bonus, while some employees complained that the payment of their wages was due for 2-3 months.