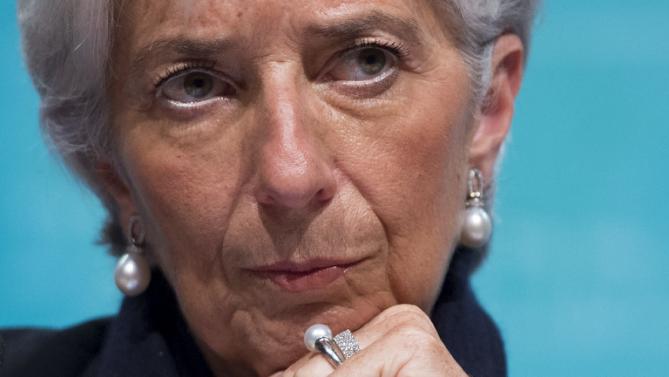 Managing Director of International Monetary Fund, Christine Lagarde, urged the countries of the European South to proceed with the famous “structural reforms” in order to combat the high rates of youth unemployment. Of course, she forgot that the reforms the IMF enforced to these countries sent thousands of Greeks, Portuguese and Spaniards abroad, preferably to the European North, in order to find a job.

Speaking in Germany, Lagarde said the structural reforms, with backing from the European Union, were needed to ensure that incomes in poorer members of the bloc catch up with their richer neighbours – a process referred to as convergence.

Successful convergence would help the bloc weather a storm taking shape in the form of populist parties that are opposed to the EU, discord over immigration policy and pressure on the global trading order, she said.

“The continent’s next generation, which is still suffering from the economic scars of the global financial crisis, is searching for quality jobs and a stable future,” Lagarde at a dinner on the eve of the Munich Security Conference.

“One in four young people in the EU are now at risk of being in poverty. Solving these challenges requires a renewed commitment to shared prosperity in Europe,” she added.

“So our goal should be clear: Restarting convergence and ensuring the fruits of economic growth are shared broadly across the EU. This will help restore faith in the European project.”

But she said Portugal, Italy and Spain should all increase spending on research and innovation and facilitate venture capital financing. In Italy alone such measures could raise gross domestic product by 5 percent on the long run, she said.

The economies of Spain, Italy, Portugal and Greece were hit more severely by the financial crisis just over a decade ago than their richer neighbours, such as Germany and the Netherlands.

Greece, Portugal, Ireland, Spain and Cyprus sank into debt crises and had to be bailed out from their euro zone partners, the European Central Bank and the IMF.

While those economies have largely recovered, they still suffer from high rates of youth unemployment.

The youth unemployment rate in Italy, Greece and Spain is more than 30 percent, compared with less than 7 percent in Germany and the Netherlands. – [reuters]

PS It has been quite some time we haven’t heard anything by Mrs Lagarde. Never mind. She has been chewing on the same old candy bar for the last 8 years, even though she knows that it has expired.