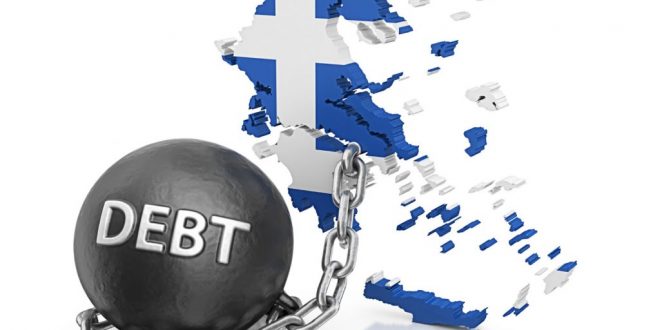 Every Greek owes €29,700 to country’s foreign lenders, says a debt analysis by the Greek Federation of Enterprises (SEV). The analysis is based on the report “How’s Life” 2017 conducted by the Organization for Economic Cooperation and Development (OECD) on the impact of disinvestment in natural, human, economic and social capital.

According to the SEV analysis, Greece is last in terms of sustainability of the level of prosperity.

The amount of 29,700 euros that every Greek owes to Greece’s foreign lenders, is about twice the average of his annual gross income.

With regard to the sustainability of Greece’s prosperity in the future, Greece ranks last (35th) when compared to other OECD countries. In penultimate position is Portugal, while other countries like Italy, Spain and France are in the 5th, 6th and 12th place from the end. Scandinavian countries are in the top four positions, with Sweden to be the champion.

Greece ranks 23rd in terms of natural capital and last in terms of financial capital as a result of the country’s massive foreign debt, the banks’ capital need over the past years and the collapse of investment.

Greece has also poor performance in terms of social (4th from the end) and human capital (5th from the end), due to absence of trust in institutions and lack of skilled professionals.

Other data from the OECD survey that allegedly sees no poor in its member countres:

The US households are recorded as the richest in the world with 383,489 €.

BTW If I am not wrong the amount every Greek owned to lenders was some 35,000-36,000 euros in the beginning of the economic crisis.

PS I have a personal €29,000 debt to lenders? Seriously? Should OEDC ask me “How’s Life?” all I can reply is  “I have nothing, I owe nothing, I am free!” – almost Kazantzakis