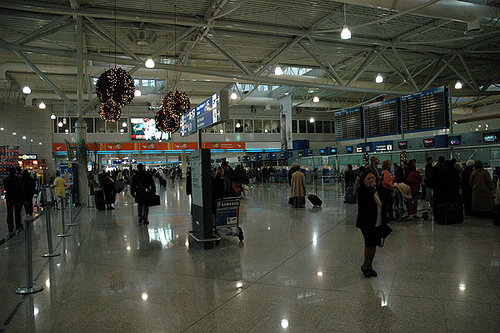 Greek Police will conduct tougher passport controls at Athens International Airport also for EU citizens coming from or departing for non-Schengen countries. Reason for this is the implementation of EU directive 458/2017, which Greece implements with a delay of two years.

The EU directive does not refer to domestic flights and those to Schengen countries.

The Airport warns passengers of the possibility of “increased waiting times at check points,” and calls on timely presence at the departure gates.
“Passengers travelling to Non-Schengen destinations are kindly requested to allow for extra time at the passport control for the checks to be conducted by the Hellenic Police,” the announcement says, adding that in order “to accelerate the checks, it is advisable to hold a passport document rather than an ID card.”
The implementation of the EU Directive was announced two years ago, Greece got an timely extension as it was not ready to implement the measure in 2017.