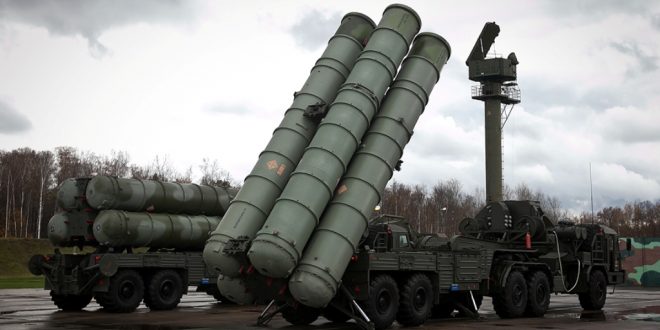 Turkey threatens to install S-400 near Greece and Cyprus

April 15, 2019 Turkey-GR Comments Off on Turkey threatens to install S-400 near Greece and Cyprus 767 Views

Despite warnings from the international community and particularly the United States, Turkey is determined to proceed with the purchase of the Russian missiles defense system S-400. And not only that. Ankara threatens its neighbor Greece to install the S-400 along the Turkish coasts on the Aegean Sea in order to “avert violations of its air space by Greek fighter jets.”

According to an article posted on Turkish daily Milliyet, the General Staff of the Turkish Armed Forces is still considering the location of some 250 S-400 and while no final decision has been taken yet with the country’s political leadership, the missiles will be installed at the coast of Marmara Sea (area of Istanbul). The Aegean Sea, the Mediterranean Sea and the borders with Syria, in South-East Turkey.
Under consideration is also the option to install the Russian system also in East Thrace that has director land borders to Greece.

On the West coast of turkey, Ankara considers to install the S-400 near Izmir or Mugla “where Greece is very often involved in airspace violations,” so Milliyet.

To defend its southern borders in East Mediterranean Sea, Turkey is considering Mersin and Adana opposite of Cyprus.

As experts say, the anti-ballistic system of the S-400 may be limited, but it will bring significant benefits to Turkey in its high-altitude air defense. Because, according to the system’s characteristics, the range of the S-400 missile reaches up to 570-600 kilometers, meaning the system can detect aircraft in the air and monitor their activities. 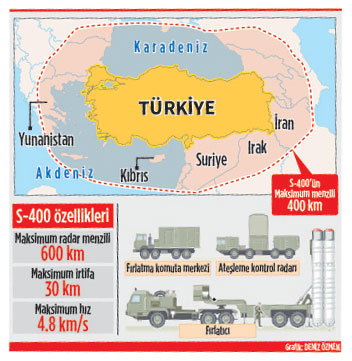 PS I want to see this: Turkey firing an S-400 against Greek fighter jets 😛