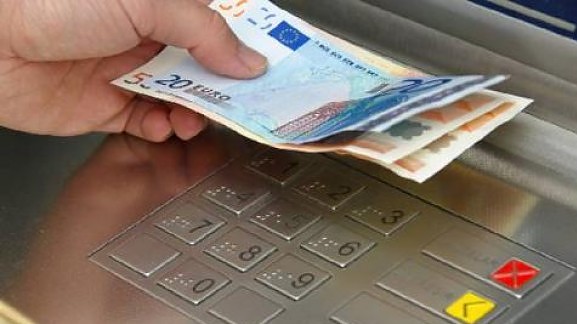 Holders of Greek credit and debit cards will be charged with a commission of 2-3 euros per transaction when they withdraw money from the ATM of another bank. The charge will be equivalent to the amount of withdrawn money.

Apparently the extra charge is in line with the commission holders of cards issued by foreign banks have to pay when they withdraw money from Greek banks.

It should be noted that the new charge is not associated with the domestic DIAs system that charges €1.3 – €2.2 when holders withdraw money from a different Greek bank than the one issued the card. The DIAS charge depends on the amount of withdrawn money and on the bank.

It is not clear whether the new charge fee will replace the DIAS fee.

PS I hope we don;t come so far to implement the IMF proposal to sanction cash in crisis countries: For every €100 withdrawal, the bank account holder will receive 97 euros.