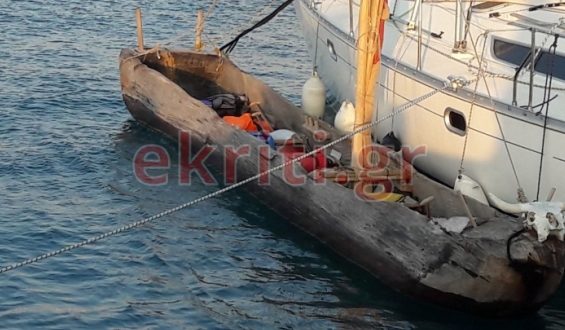 Copy of 8,000-year-old ancient boat sails from Attica to Crete

A … primitive, rowing boat, carved from a single tree trunk, anchoired at the port of Heraklio, Crete beginning of the week.

The boatl was constructed by Czech scientists, an exact copy of an ancient boat Italians had used 8,000 years ago.

The wooden boat left the port of Lavrio in Attica and reached the island of Crete after a stop over at the island of Milos, Cyclades.

The boat is used to revive the ancient routes that were made for the obsidian, a precious mineral of the time. 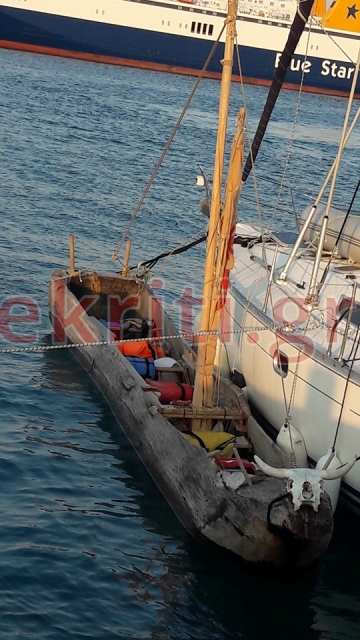 The nine-meter vessel of the scientific team, is a copy of the 8,000-year-old Italian vessel and it weighs 1.3 tonnes. It is manned by two rotating crews of ten, accompanied by a modern catamaran that can serve as a floating pier.

The monsoil revives the sea routes fueled by the trade of opsidian or volcanic glass from Sicily to the coasts of Tunisia. The obsidian of Milos was found in the famous labyrinth of Knossos, which suggests that a line could take place on two routes: from Santorini to Crete, which is more demanding, or from Peloponnese to Western Crete.