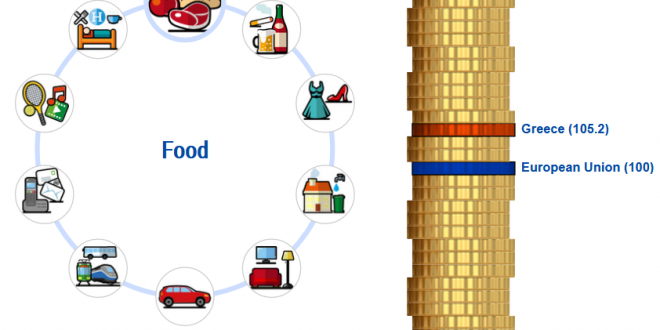 Food prices in Greece are above the European Union average,the European Statistics agency Eurostat said in its 2018 report. Furthermore, the country is the most expensive among the EU-28 in telecommunications, including internet connections and telecom equipment. 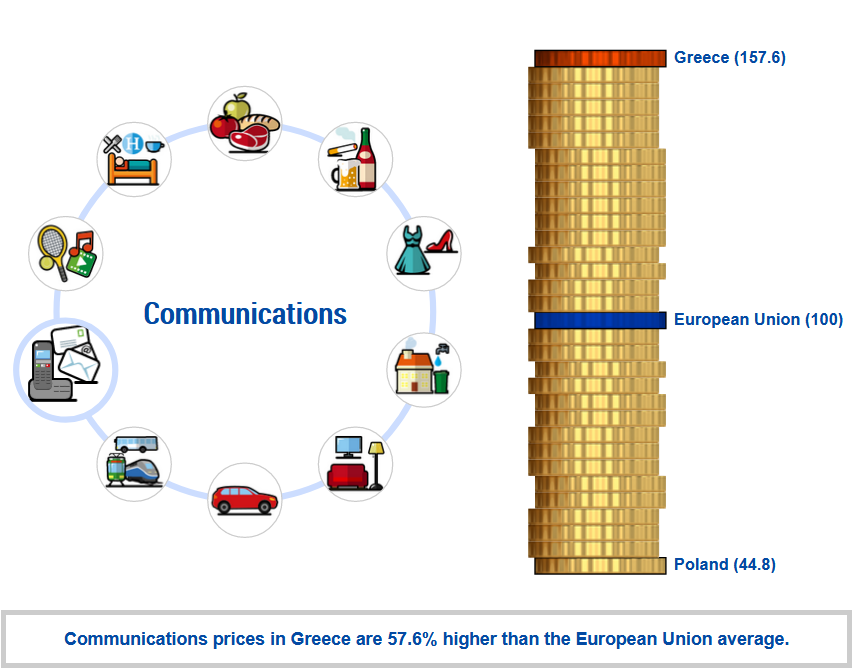 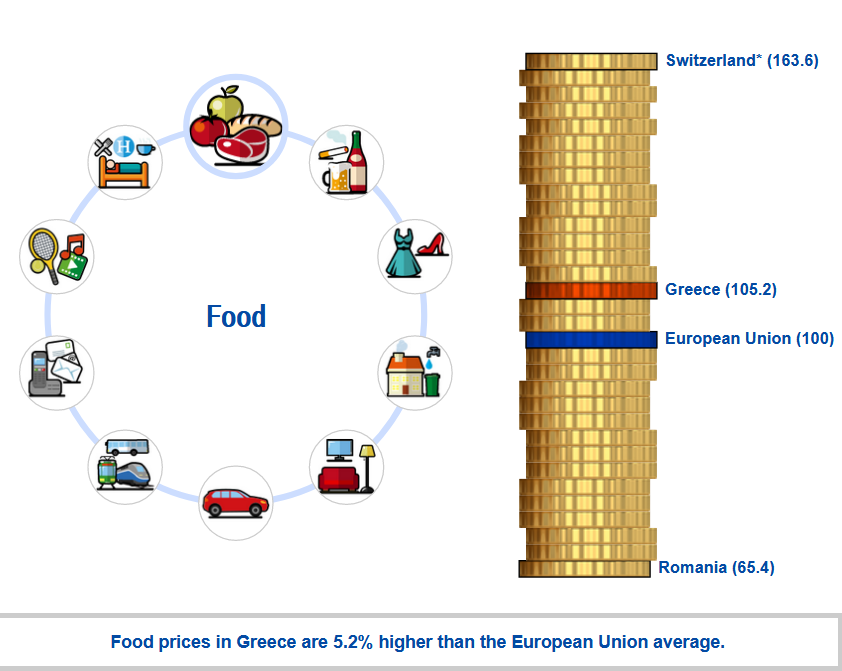 Alcoholic beverages and tobacco prices in Greece are 3.8% lower than the European Union average.

Lower than the European union average are also prices for furniture, clothing, houses, transportation, restaurants and hotels, entertainment and recreation.

The Eurostat report illustrates that disposable incomes in Greece have dropped in the decade of the crisis – often due to the various taxes and levies imposed – while the prices of goods and services have remained high. 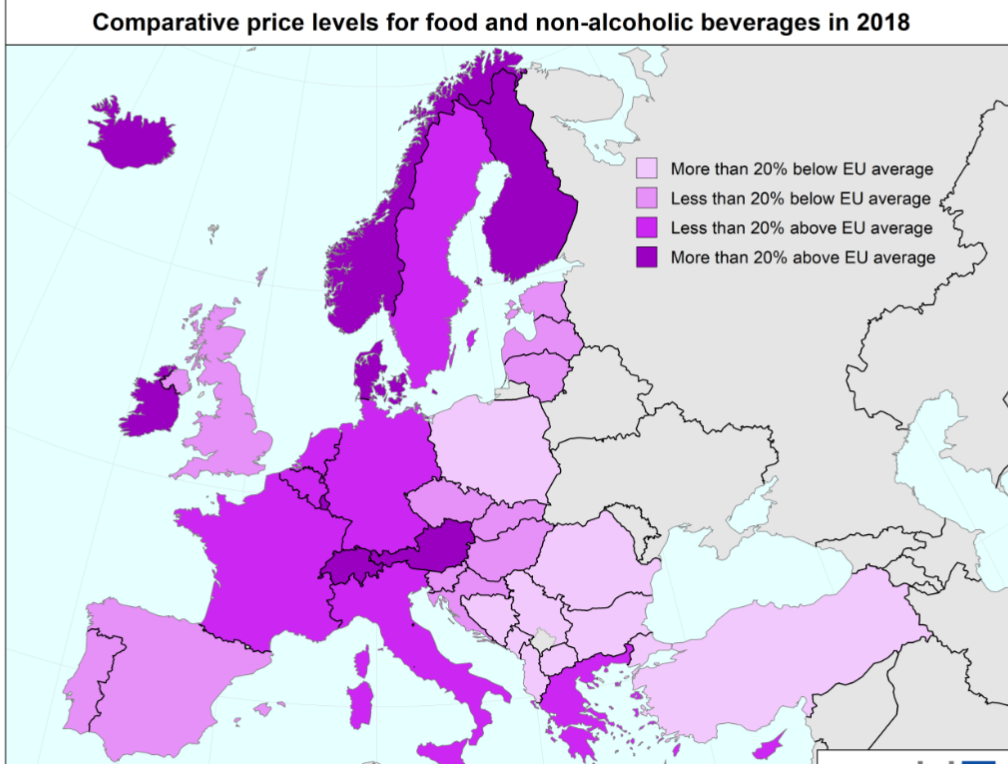 We, Greeks, do not need the Eurostat to tell us what we pay overpriced food and telecommunications. We have been knowing this all the time, especially at the time of the economic crisis.

To check How Expensive Your Country is click here.

PS My cat call it “cartel price setting” and wonders why the EU does nothing in this direction. She also wonders about the crap internet connection although she pays 10 euro per month.