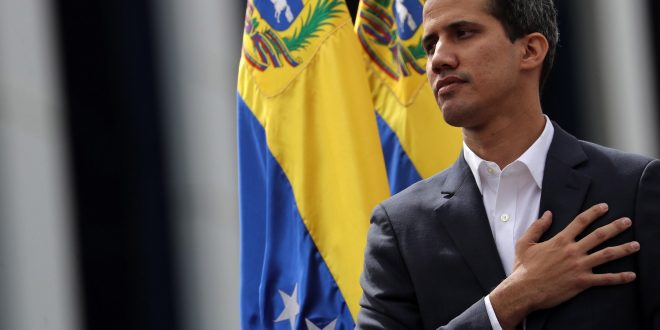 A 180-degree u-turn by the new political leadership of the Greek Foreign Ministry. Less than a week in power and conservative New Democracy had apparently a top priority in foreign affairs: to get rid of the leftist, Maduro-supporting ideology of SYRIZA. Foreign Minister, Nikos Dendias, issued a statement first thing in the morning on Friday and recognized Juan Guaido as President ad interim (temporary). of Venezuela.

The Government of the Hellenic Republic, in accordance with the common EU position in the statement of the EU High Representative/Vice President, Mrs Mogherini, on behalf of the EU28, decided to recognize the President of the democratically elected National Assembly, Juan Guaido as President a.i. of Venezuela, in order for him to call for free, fair and democratic presidential elections.

The Government of the Hellenic Republic strongly supports the efforts of the EU, especially through the International Contact Group and the Special Representative of the EUHR/VP, Mr Enrique Iglesias, as well as related initiatives such as the Oslo talks, with the aim to secure a peaceful, political, democratic, negotiated solution to the crisis, for the benefit of the Venezuelan people.

The government of Alexis Tsipras has vehemently rejected the recognition of Guaido saying that this would “create circumstances similar to Libya.”

Politician Juan Guaido form the social-democratic Popular Will party declared that he was acting president of Venezuela on 23. January 2019. With the support of USA, he challenged elected president Nicolás Maduro, and starting the 2019 Venezuelan presidential crisis.

In response the Maduro administration, which maintains control of the main governmental and military institutions within Venezuela, prohibited Guaidó from leaving the country, froze his Venezuelan assets, launched a probe accusing Guaidó of foreign interference, and intimidated him.

Regarding international affairs, he has received control of some Venezuelan assets and property in the United States, and has appointed diplomats recognized by supportive governments.

More on Juan Guaido and the Venezuelan crisis here.