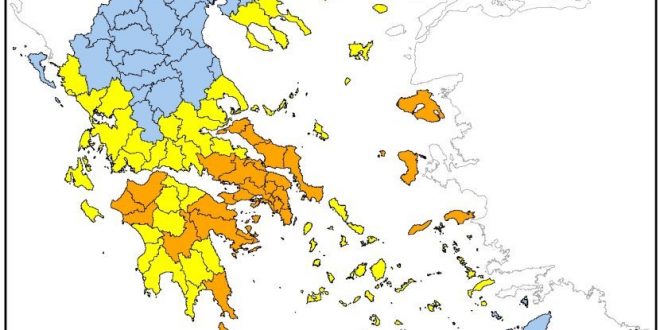 Greece’s Civil Protections has issued a warning over a “very high risk” of forest fires and wildfires for Friday, August 23rd 2019.

According to the warning the following areas are affected:
Attica and Viotia, the islands of Evia, Lesvos, Chios, Samos, Ikaria, Kythera as well as Lakonia, Arkadia, Argolida, Corinth, Achaia and Ilia in Peloponnese. 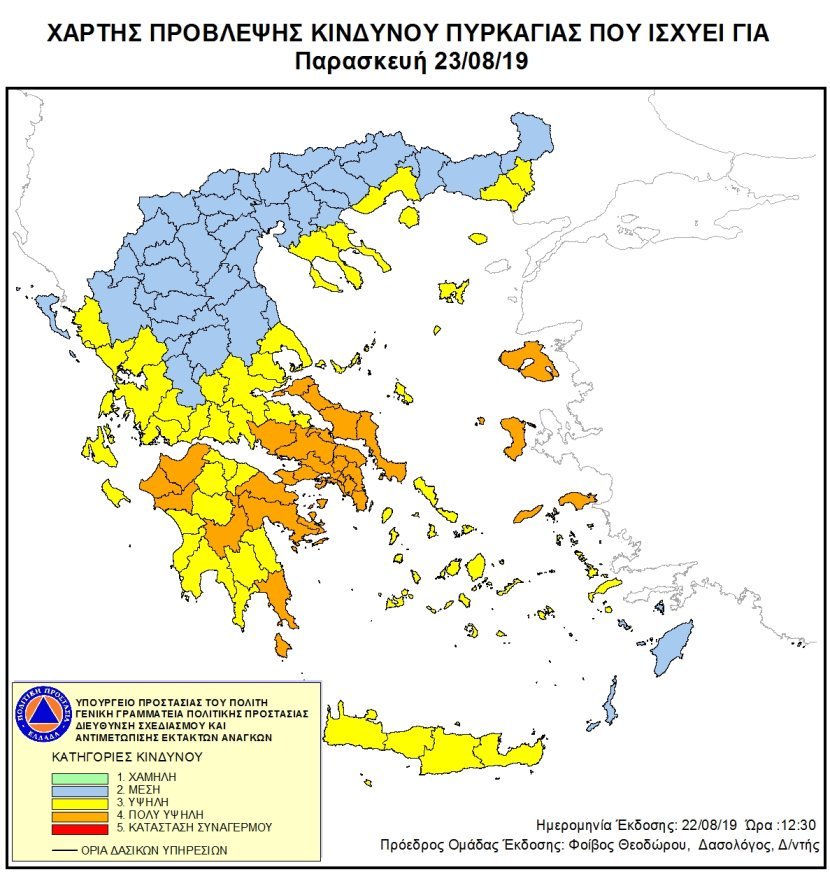 There are currently three big wildfires in Greece with one of them in Paiania, East Attica.

In the last 24 hours the Greek Fire Service had to intervene in 53 forest fires.

Strong north winds, high temperatures and dryness favor the outbreak of fires. It is not seldom that many are set by humans who neglect the warnings and set fires outdoors.

In the time period August 1-15, 2019 a total of 620 forest fires broke out, with the average being 44 fires per day, newspaper Eleftheros Typos reported last week.

From beginning of the year until now a total of 25 people were arrested for deliberately setting fires.

According to data from the years 2000-2010, the forest “arsonist” is usually male and Greek at a rate of 95%, over 45 years old (63%), mentally healthy (99%), married with children, with elementary education, self-employed, usually in the fields of agriculture, forestry or fishing and lives in the province.

30% of the fires are caused by negligence, 20% by intent and 10% by natural or accidental causes. However, 40% of the fire causes remain undetected.