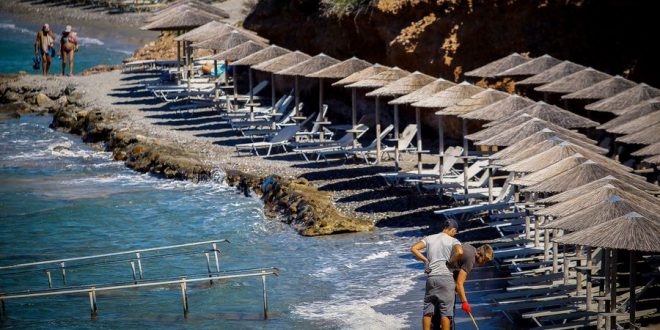 The New Democracy government and the Development Ministry are bringing major upheavals to the seaside and the beaches in Greece apparently in an effort to attract investors. The monstrous legislation changes will give the green light for the setting up of unlimited number of sun umbrellas along the beaches thus limiting the free space, beaches free of charge and for all. At the same time, the planned legislation foresees that she seashore line will be open for construction of buildings and even business parks.

The “development” draft law is expected to be uploaded for public consultation in the coming days.

According to a report by daily Kathimerini,, the restriction of 60% for the setting up of umbrellas and sunbeds will be abolished, while that the same time the road will be open to legalize arbitrary building at the seaside, provided they have been constructed by 28/7/2011.

The regulations on the seashore are found in the fourth chapter of the “developmental” draft law and concern mainly amendments to the last law (Law 4607/19).

Some of the draft law provisions are:

-Abolish the regulation that set the minimum width of a beach (with some exceptions) to be 30 meters from the shore line.
-Abolish the law that restricted to 60% of the space of a seashore (not counting any inaccessible part of it) where umbrellas and sun beds can be set.

-The minimum distance of 100 meters between the consecutive concessions that can cover the rest of the beach is to be implemented again.

-With regard to the rent for the simple use of the seashore, it is proposed to calculate not the objective and leasing value of the nearest property but of the nearest off-plan property. This arrangement is intended to reduce rents, and thus state revenues.

-In case of strategic investments, it is possible to directly concession to the investor the seashore and the beach that is in contact not only with the building but also with the adjacent area.
-The use of the seashore can be granted directly in business parks at the sea front.

-Abolish of the provision that would allow the withdrawal of a seashore concession so that the public use is reinstated.

-The use of seaside is automatically extended when it concerns projects serving quarrying and mining companies for as long as the relevant right exists.

Currently, the exclusive use of seashores and beaches (rivers, seabed etc.) is prohibited unless it is for reasons of overriding public interest, national defense, public order, safety, health or the protection of antiquities and the environment. Under the new regulation, this right also extends to the cases of “security for industrial or hotel facilities”, a possible interpretation of many references.

According to kathimerini information, it is uncertain whether the law amendments in question will be included in the “development” bill, due to reactions.

Already main opposition party SYRIZA condemned the amendments saying that the seashore and the beach are for common use. 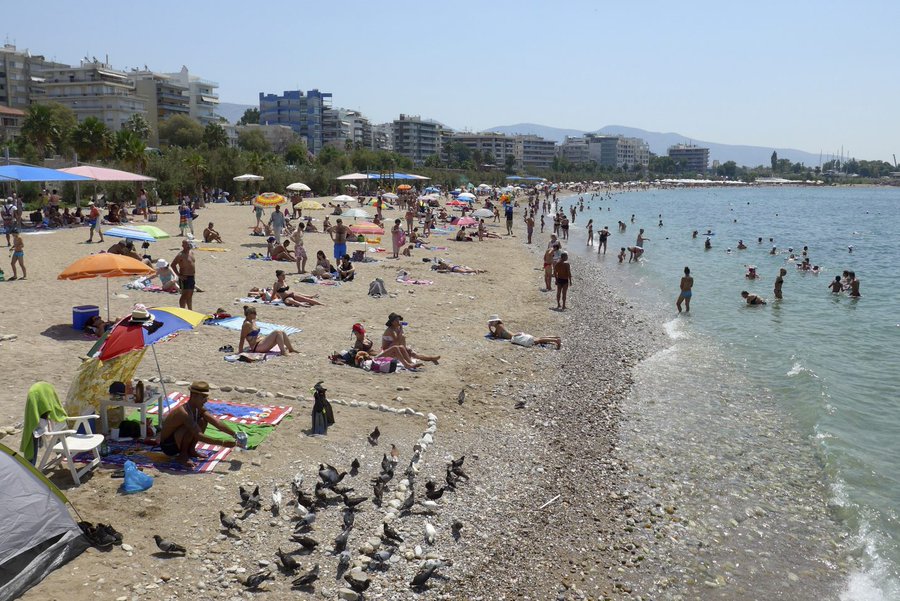 Did you enjoy swimming along long beaches and free of charge? Forget about it. You will soon be squeezed between sun beds and umbrellas for which you will pay a juicy price. 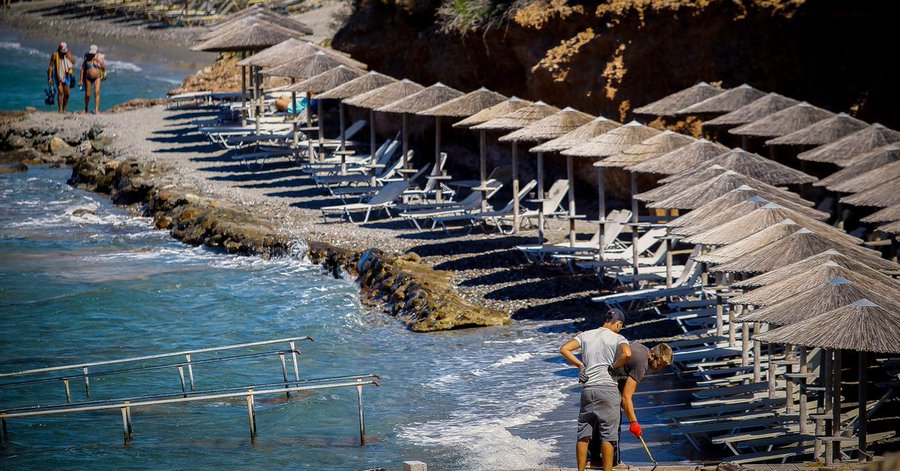 Or you will see a “lovely” construction on your favorite beach for which you will no longer have access, paid or free of charge.

PS New Democracy is known to be investors- and markets-friendly party no matter what the price for the people and the environment. I read somewhere on internet that 27% of areas are protected by NATURA 2000, 35% are characterized as “forest areas” and 20% are seaside and beaches.