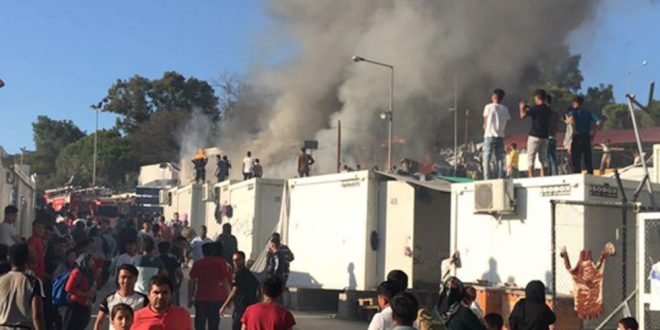 More than twelve hours after the fire in container in the hot spot of Moria and there was still confusion about the number of dead. Greek Health Ministry issued a statement on Monday morning speaking of only “one dead woman.” While media continued to reproduce the rumors about one dead child, it was found out that neither a second body was taken to the morgue, nor any other Moria resident was reported as missing.

Late on Sunday, state-run news agency amna reported that two people had died when the container went on fire, and that these two dead were a woman form Afghanistan and her child, allegedly a newborn baby.

“One woman is the only victim of yesterday’s fire that broke out in the Moria camp on Sunday,” the health ministry said in its statement on Monday, dismissing reports about the dead baby.

The confusion about the dead arose after the coroner who examined the woman’s body had found “human tissue but no bone” in a blanket from the container. The charred body of the woman was transferred from the Moria camp to the hospital with a private car.

According to local authorities and Moria camp sources, the refugees had recovered the lifeless baby’s body from the remains of the container and were mourning wandering inside the camp. 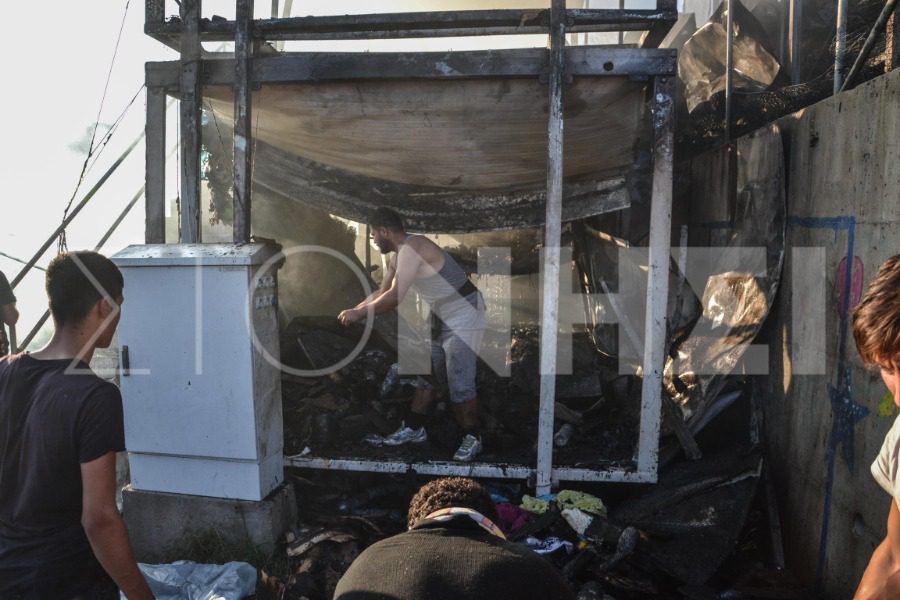 Characteristic are the pictures posted by local media stonisi.gr. 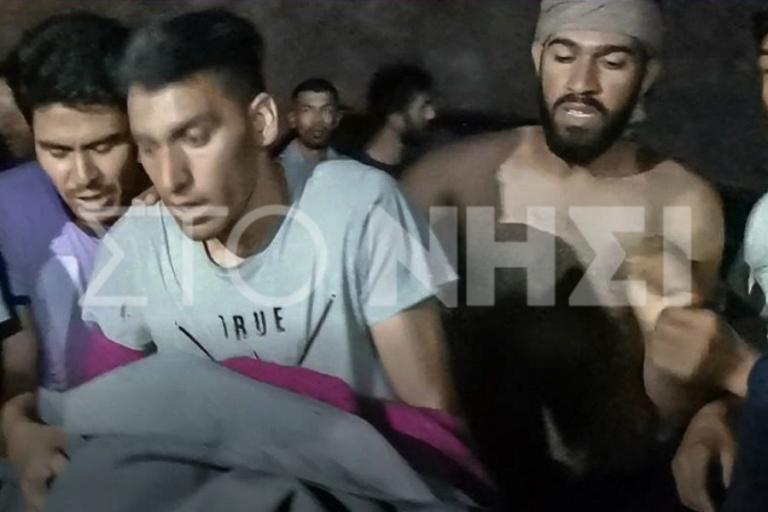 News website news247.gr gives another explanation for the confusion and the picture. “Two blankets from the container were taken to the coroner’s office in the state morgue. One was the blanket the refugees were carrying around with the alleged dead baby inside. The blanket contained burned clothes. On the other blanket human tissue was found, DNA material form the dead woman was taken to compare it with the finding.”

According to news247, the Afghan woman was living in the container together with her child, also another woman with her child as well as a couple with six children. They were all found to be alive. Also alive are all the refugees and migrants who were living in the other containers damaged by the fire.

In its statement the Health Ministry pointed out that the number of injured was 17 people: nine men, six women and two children, among them one infant.Some media report that the infant is the dead woman’s child.

“The majority of the injured have orthopedic injuries and respiratory problems. None of the injured are at risk and are expected to be discharged from the hospital in the next few days,” the ministry statement said.

The fire broke out in one container of Moria short before 5 o’ clock on Sunday afternoon. TI soon extended to surrounding containers, damaging seven of them.

Refugees and migrants rioted after the death of the woman, thus hindering the firefighters from entering the camp and extinguish the fire.

On Monday, the situation in Moria had calmed down and there was no tension. The food distribution was conducted as usual.

The area of the burned down containers has been cordoned. The burned containers are to be replaced.

At a press conference on Lesvos on Monday morning, deputy Public Order Minister, Lefteris Oikonomou dismissed claims that the fire was caused by arson.

According to latest media information, the fire was caused by a short circuit in the kitchen of the container, while the woman was cooking and breastfeeding her baby at the same time.

According to exclusive information by news website newsit, when the fire started, the woman went to the window and called for help. She threw the baby to the crowd that had gathered outside the container. She did not managed to escape the fire, though.