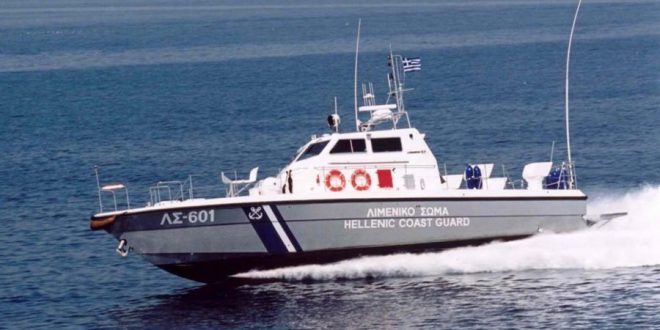 One toddler drown, another one and one man are missing, and nine people got injured when a vessel of the Greek Coast Guard rammed a boat carrying refugees and migrants off the island of Kos in the early morning hours of Wednesday. On board of the boat were 34 people.

The incident took place at 4:45 a.m., when the Coast Guard vessel on patrol in the area east of Kos did not “see” the boat that was reportedly sailing without lights on.

The rubber dinghy capsized, the passengers landed in the water.

A total of 31 people were rescued by a Frontex vessel and taken to the port of the island.

The body of the 3-year-old boy was recovered around 10 o’ clock in the morning.

According to state broadcaster ERT TV, a child and a 26-year-old man are still missing.

Another man, 28, who was initially missing was later rescued.

Nine people were injured among them one pregnant woman. They were taken to the hospital of Kos. Two of them are in serious condition, the spokesman of the Greek Coast Guard, Nikos Lagadianos, told ANT1 TV.

Sources of the Coast Guard told news agency amna, “the dinghy had no night-time navigation lights and those on board were not wearing life jackets, while both vessels were in motion when they collided.”

They did not give any explanation, though, about the radar and searchlights of the state vessel.

The Search and Rescue operation continues with the participation of 3 Coast Guard and 2 Frontex vessels, private boats and a Super Puma helicopter.

Members of the Underwater Units of the Navy were expected to join the SAR operation.