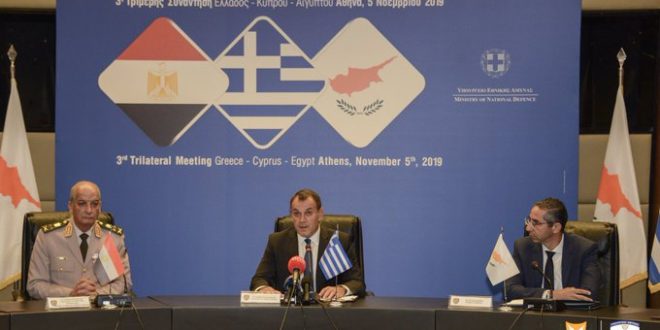 Τhe ministers of defense of Greece, Cyrpus and Egypt met in Athens to discuss the latest development sin the East Mediterranean region, cooperation on defense and security as well as regional security challenges. 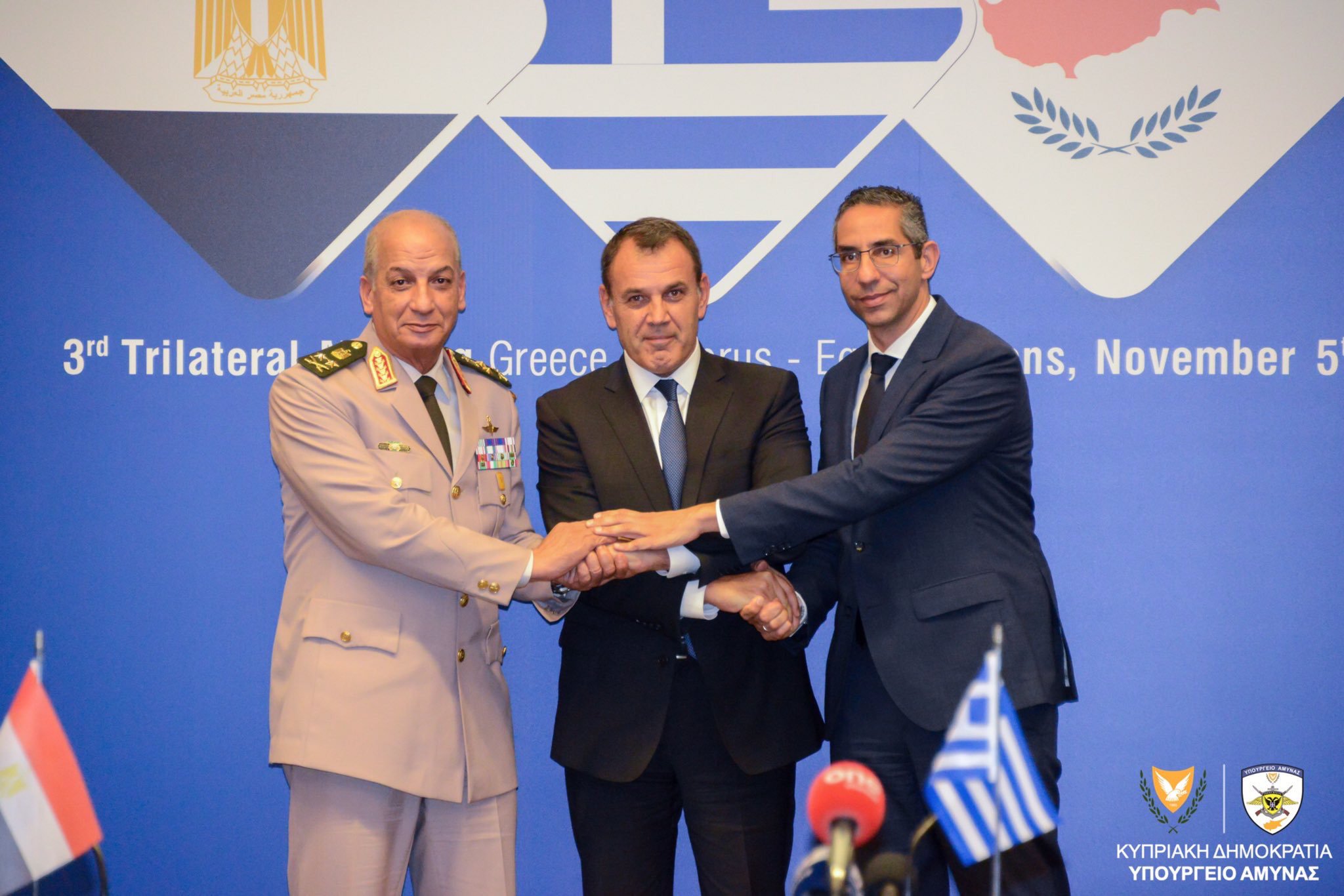 The ministers condemned the illegal Turkish exploration activities in the Cypriot EEZ, calling for their immediate termination and the need to respect the sovereignty and sovereign rights of the Republic of Cyprus over its maritime zones in accordance with the International Law and UNCLOS.

Further, the Ministers condemned the Turkish violations of the Hellenic National Airspace and Territorial Waters, in contravention of International Law.

After the meeting in Athens, the three ministers flew to the island of Crete to watch the 3-latteral military excessive “Medusa 9” in Maleme.

The exercise began on November 1st in the framework of the countries’ tripartite agreements on strategic cooperation and is expected to last until November 8th. Medusa 9 is taking place in the Gulf of Chania and South Peloponnese.

The exercise aims to further strengthen the co-operation of the Armed Forces of Greece, Egypt and Cyprus, the Greek General Staff said in a statement.

Greece participates with a frigate, a submarine, F-16 fighter jets and warships.

Cyprus take spart with a ship and special forces.

Egypt participates with commandos of the Egyptian Armed Forces, a helicopter carrier, one frigate and one submarine as well as with F-16 fighter jets.

It is the second Medusa exercise in 2019.