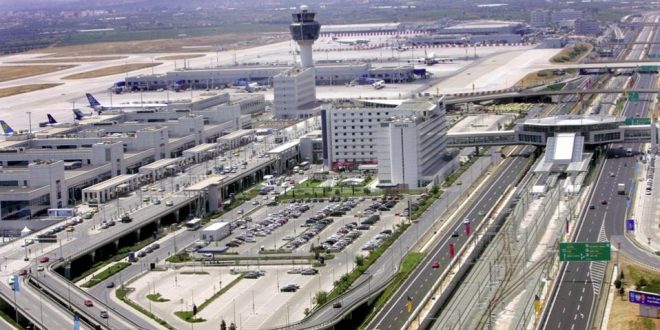 An airplane of Egypt Air was forced to an emergency landing in Athens International Airport “Eleftherios Venizelos” short before 10 o’ clock on Friday morning.

The airplane sent a danger signal while it was flying in FIR Athens and over the island of Chios in the Eastern Aegean Sea.

Reason for the emergency was reportedly smoke in the cockpit.

The Greek Air Force and the ground services at the Athens International Airport went immediately on high alert.

A helicopter of the Greek Navy and a C-130 were placed in readiness for the case of an accident.

The emergency landing was successful.

Nobody was injured, the 5-member crew are safe.

The cargo plane was flying from Cairo, Egypt to Cologne, Germany.