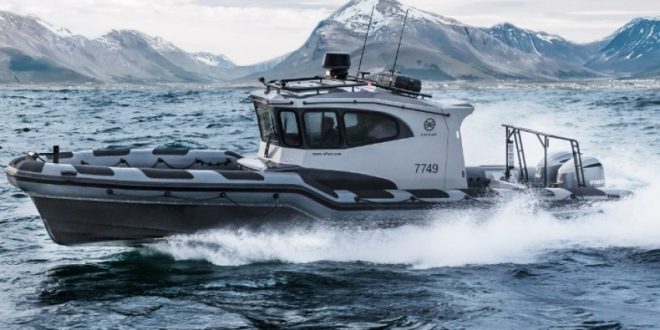 The Union of Greek Shipowners has said it will donate high-speed boats to the Greek Coast Guard in order to enhance patrols in the country’s maritime borders and effectively control the inflows from Turkey. Donated will be 10 Rafnar 1100 Cabin Bulletproof boats.

The boats will be built in Greece based on an Icelandic hull design, Prime Minister Kyriakos Mitsotakis said after a meeting with the Union on Friday.

The first five boats are scheduled to be ready in summer 2020 and the remaining five in the first quarter of 2021.

The 11-meter-long Rafnar 1100 Cabin Bulletproof boats are all-weather and keep an even keel in rough seas and are unsinkable. They have a bulletproof cabin and space to accommodate the transfer of sick and injured people.

With a maximum speed of 56 knots/hour, the boats also include thermal cameras, and have been tested in North Atlantic waters.