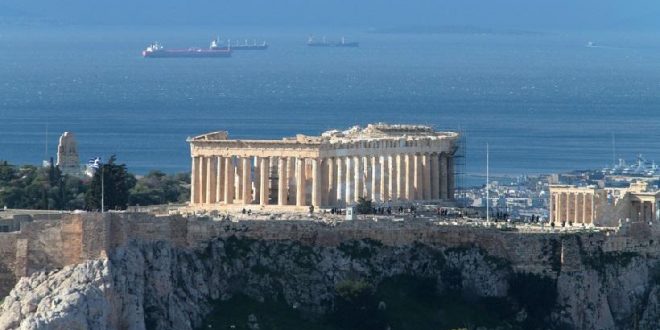 Expats have ranked Athens 68th among a total of 82 cities. According to survey Expat City Ranking 2019 conducted by InterNations. The Greek capital performs best in the Getting Settled Index (26th) and worst in the Urban Work Life Index (81st).

It is even the worst-rated city in terms of finances in the eyes of expats.

However, expats are happy with the Greek capital’s local climate, housing market, and the friendly local culture.

InterNations, the world’s largest expat community with more than 3.5 million members, publishes its Expat City Ranking 2019. It is based on the annual Expat Insider survey, which is with more than 20,000 respondents one of the most extensive surveys about living and working abroad.

In 2019, 82 cities around the globe are analyzed in the Expat City Ranking, offering in-depth information about five areas of expat life: Quality of Urban Living, Getting Settled, Urban Work Life, Finance & Housing, and Local Cost of Living. Taken together, the first four areas make up the Expat City Ranking, which reveals the best and worst cities to move to in 2020.

What Expats Think about Life in Athens

Athens ranks 68th out of 82 cities in the Expat City Ranking 2019. It performs best in the Getting Settled Index (26th) and worst in the Urban Work Life Index (81st), and is even the worst-rated city in terms of finances in the eyes of expats. However, expats are happy with the Greek capital’s local climate, housing market, and the friendly local culture. 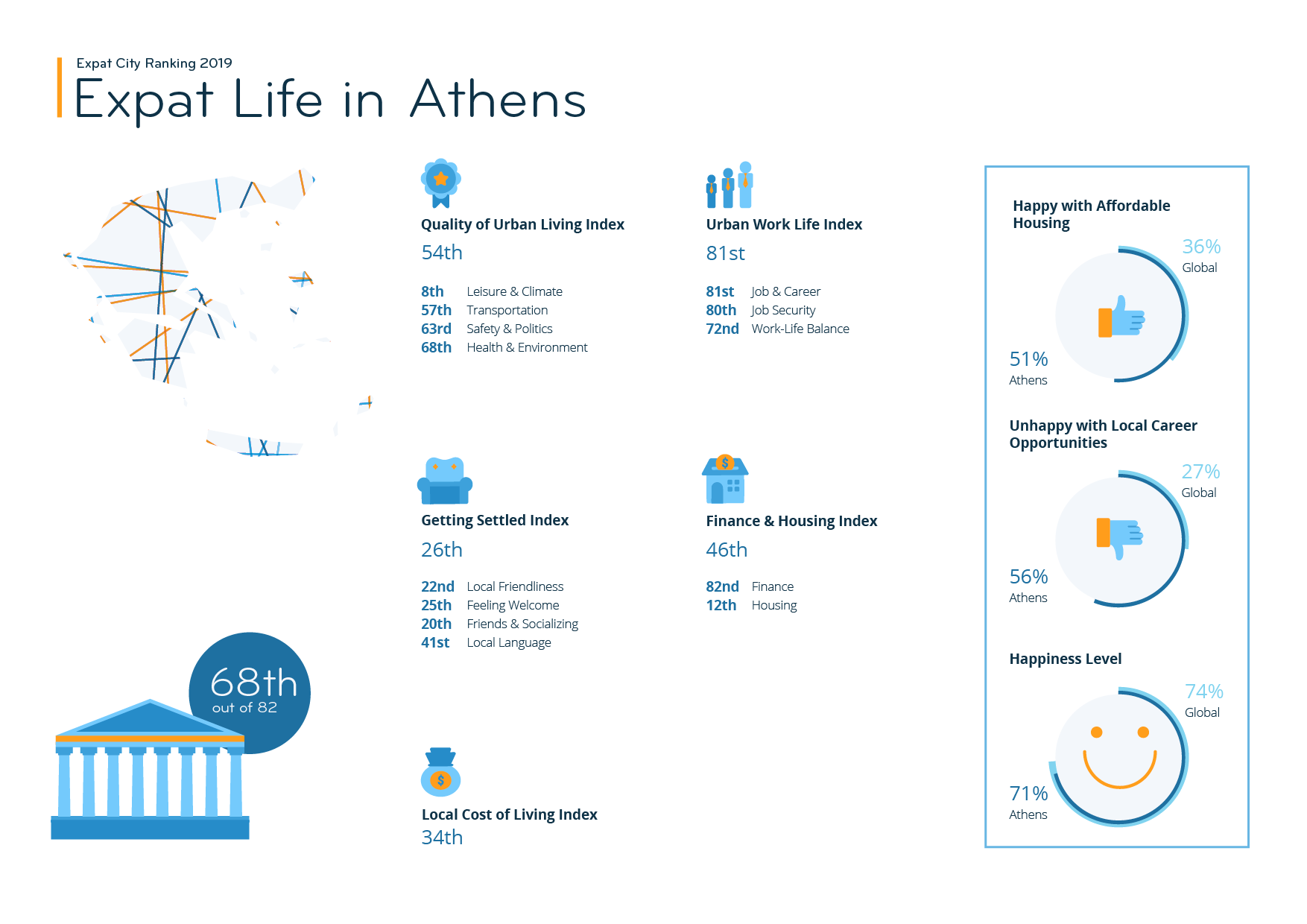 Athens comes last worldwide in the Finance subcategory (82nd): over two in five respondents (41%) feel that they do not have sufficient disposable household income to cover their daily costs (vs. 23% globally), and 47% are dissatisfied with their current financial situation (vs. 26% globally). This might be linked to Athens’ poor urban work life (81st).

Almost three in ten expats (27%) are dissatisfied with their job in general (vs. 19% globally), 40% are unhappy with the job security (vs. 21% globally), and 56% are displeased with the local career opportunities (vs. 27% globally).

A US American expat explains that “it is difficult to find steady employment because of the unsteady economy”. Indeed, 68% of expats are unhappy with the state of the local economy (vs. 15% globally).

Expats’ opinions are mixed when it comes to the quality of life (54th). They are not happy with the availably of healthcare (30% negative ratings vs. 13% globally), the local transportation (23% vs. 19% globally), and the political stability (38% vs. 17% globally).

However, the city ranks eighth in the Leisure & Climate subcategory. More than three-quarters (77%) are content with the local leisure options (vs. 74% globally), and 91% enjoy the local climate (vs. 59% globally).

A British expat says that he appreciates the “climate, quality of life, and friendliness of the people”. Indeed, almost three-quarters (74%) describe the locals as friendly (vs 64% globally) and 57% believe it is easy to make new friends (vs 45% globally.”

With Taipei, Kuala Lumpur, Ho Chi Minh City, and Singapore at the top, four Asian cities lead the Expat City Ranking 2019. They are followed by Montréal, Lisbon, Barcelona, Zug, The Hague, and Basel. The cities typically rank highly in the Urban Work Life, the Quality of Urban Living, and the Local Cost of Living Indices.

On the other hand, expats are unhappiest in Kuwait City (82nd out of 82) as well as in both Italian cities surveyed, Rome (81st) and Milan (80th).

In contrast to the best cities, all of them rank among the bottom 30 in the Urban Work Life Index and, aside from Paris, also in the bottom 25 of the Quality of Urban Living Index.

Full survey results and report in PDF here by InterNations