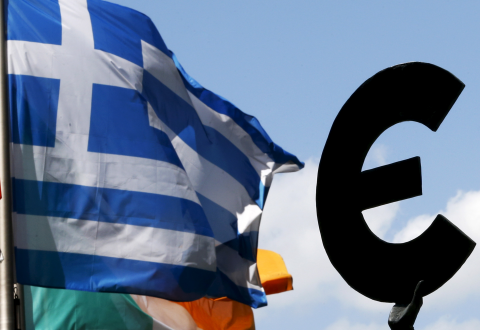 Number of Greeks starting their own business is an increasing trend

December 12, 2019 Economy Comments Off on Number of Greeks starting their own business is an increasing trend 648 Views

More and more Greeks have started their own business in the last 1.5 years , a study has found. The easing of uncertainty and the economy’s improving growth prospects strengthened the number of new businesses in 2018, a trend that the Foundation for Economic and Industrial Research (IOBE) believes has continued this year too, and with greater momentum.

The annual IOBE report on entrepreneurship presented on Wednesday shows that 6.4 percent of the population aged between 18 and 64 years (some 418,000 people) were in the initial stages of starting an enterprise, including self-employment, up from 4.8 percent in 2017.

More than 8 percent of the population is estimated to have started a business activity in 2019.

At the same time, there was a reduction from 4.8 percent in 2017 to 2.8 percent last year in the rate of people who stopped their business activity, mainly because of the lack of profits.

From all the findings, it appears that uncertainty mitigation, last year’s growth momentum, and the emergence of some new financing tools have boosted new entrepreneurship and self-employment, despite its unfavorable tax treatment.

But rising startup entrepreneurship is fueled more by aspiring entrepreneurs, which implies a change in expectations and a more favorable climate in the economy, but it must be “turned” on course to new ventures.

After all, it is more important in an economy to enhance the quality characteristics of new entrepreneurship in order to improve their prospects for viability and multiplier effect, rather than just increasing the number of new ventures.

However, the entrepreneurship retains its consolidated features: low innovation, entry into markets with already strong competition and the use of established technologies for most ventures, although exceptions are reinforced.

At the same time, there is a slight decline in the average size of new ventures at launch, with almost one in four (23.4%) offering employment exclusively to its founders. However, job prospects are improving in the future, as 85% estimate that they will create at least one job in the next five years.

PS with full-time jobs as employee to have been rare badly paid, especially young Greeks saw no other opportunity than start their own business. In the times of economic crisis, especially small cafes and souvlaki-grills have flooded our broader neighborhood in the last couple of years. How many of them are sustainable? Nobody knows. We have seen cafes change owners at least once per year.