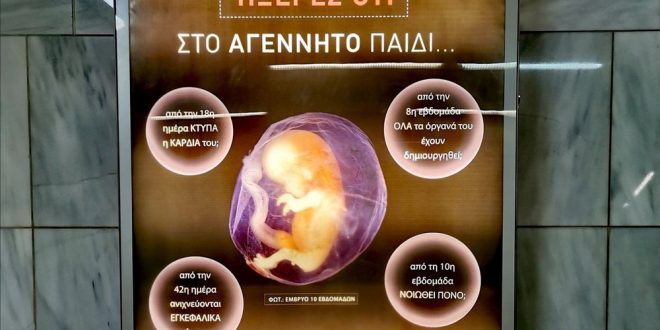 Anti-abortion posters appeared at several metro stations in Athens on Monday morning and triggered a public outcry.By early afternoon, the posters were removed following an order of the Transportation Minister.

Many metro commuters were shocked on Monday morning to see huge ads about an issue that has been settled in Greece years ago: abortion. One after the other, Athenians started to upload pictures of the huge posters on social media, criticizing the ads against abortion. On social media comments, they spoke of “regression” and of a campaign that “takes the country several decades back.” 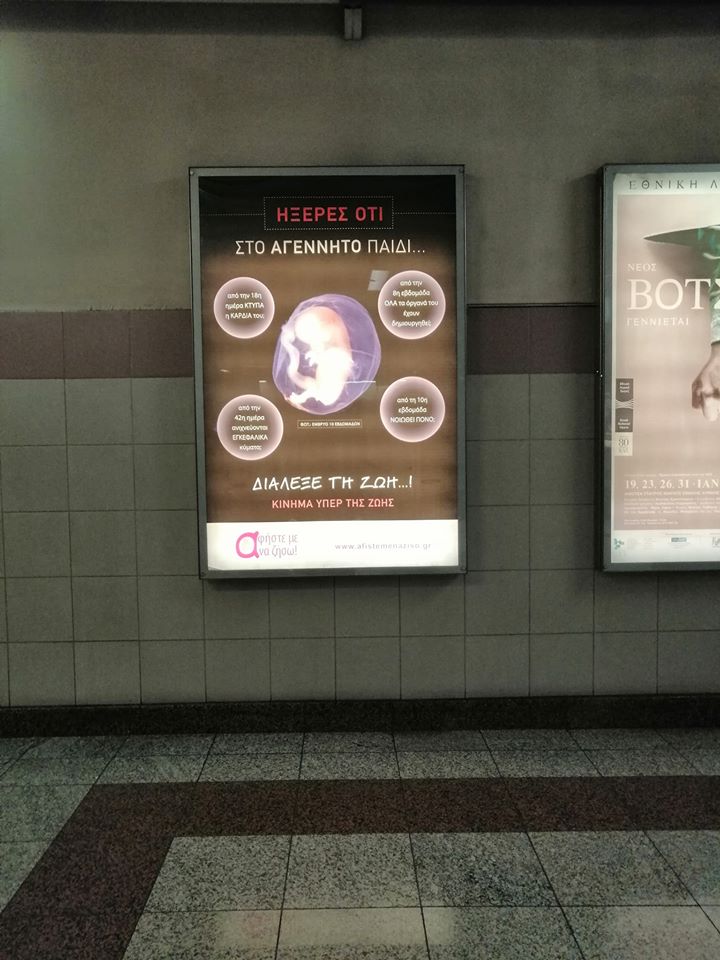 The posters featuring a 10-week-old fetus a few scientifically doubtful questions like asks “did you know that the unborn child” feels pain on the 10th pregnancy week, its heart beats on the 18th week and other questions. 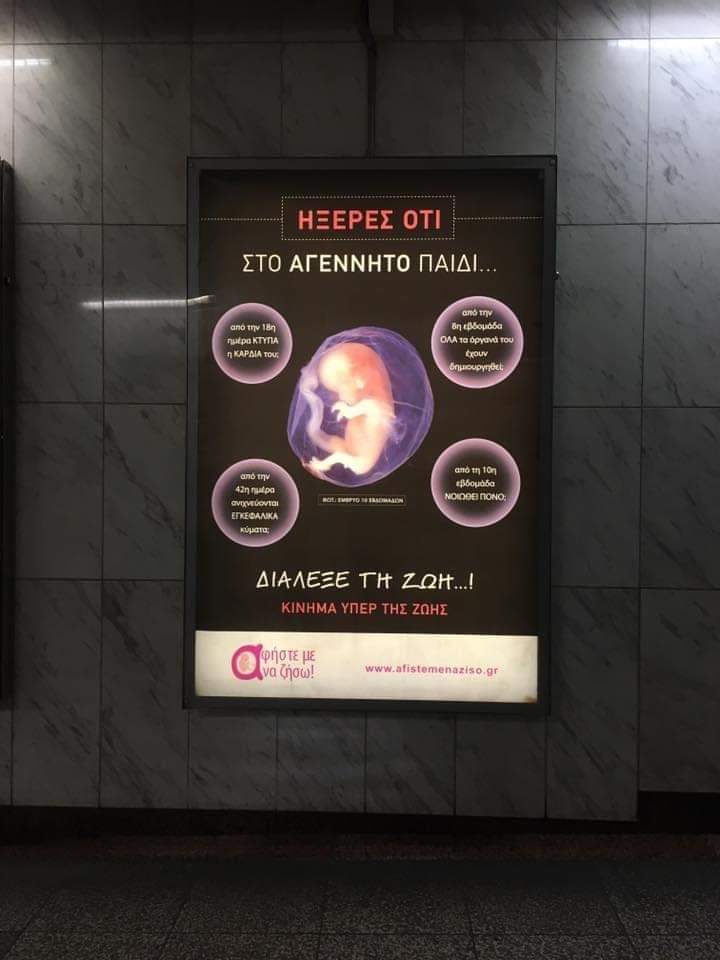 The paid Ad was sponsored by an organization called “Panhellenic Union of Friends of Families with many children.”

By the early afternoon, the Minister of Transport and Infrastructure, Costas Karamanlis, had order the posters to be removed, thus launching an internal investigation about the issue.

This paid advertising campaign started on Monday morning and it was scheduled to remain in metro stations for 14 days. The posters were placed in 31 frames at 17 subway stations.

They were removed from all stations by Monday afternoon.

Speaking to daily ethnos, Stavros Stafopoulos, the president of STASY to which the Athens Metro belongs said that the campaign did not even went through the board to obtain the relevant approval.

According to media, the cost of the campaign paid to Stasy by the initiators was not disclosed, however, the cost is 50% lower than commercial ads when it comes to non-profit organizations.

In a statement the Transportation Ministry declared that “neither the ministry not the government had the slightest information” about the campaign. It stressed that the campaign was  “against the fully enshrined and undeniable right of women”.

“The control and approval of the content of ads posted on the Metro is the sole responsibility of the STASY administration. This responsibility must be exercised with responsibility and social conscience,” the ministry added.

It underlined that “campaigns in public spaces should not divide the public opinion, or certainly offend women who have been forced to make such a difficult choice in their lives,” and added that the Ministry  called on the STASY administration to explain the rationale for allowing such a campaign, thus calling for the removal of the posters as soon as possible.

According to documentonews, the organization “Let me Live” is funded by the Greek Church and is supported by nineteen religious organizations.

Last summer, “Let me Live” managed to convince the Holy Synod of the Greek orthodox Church to declare the day after Christmas as the “day of the unborn child.”

Opposition parties SYRIZA and KINAL/PASOK had called for the immediate removal of the anti-abortion posters.

Abortions became legal in Greece in 1983.