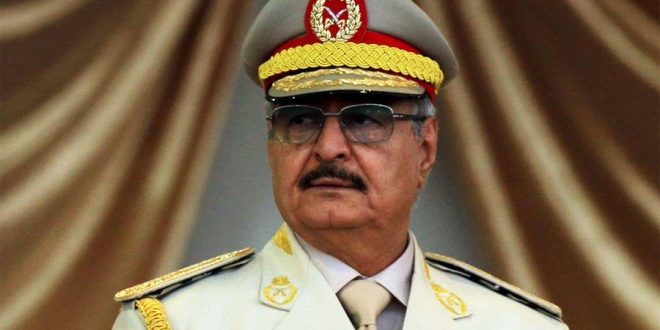 A private meeting between the Libyan General and the Greek FM is taking place is reportedly late on Thursday in a hotel in downtown Athens where Haftar is staying.

The arrival was not previously announced apparently for security reasons.

Haftar had expresses his dissatisfaction over the fact that Greece was not invited at the Berlin Conference on Libya.

“We ask why Greece has not been invited to the talks in Berlin. Isn’t Greece one of the countries most affected by this conflict? ” the Libyan National Army (LNA), led by General Khalifa Haftar, said in a message.

On the other hand, a spokesman over the internationally recognized government of Sarraj (GNA) in Tripolis had commented that Greece “had nothing to offer.”

Athens considers Haftar as “a friend” since the Parliament of Libya which is under his influence rejected the Turkey-Libya Agreement on the maritime borders. Sarraj is a close ally of Turkey.

Athens kept close contacts to Hafter ever since Turkey and Libya signed the Maritime Agreement end of last year.

While everybody puzzles about the real purpose of the visit, state broadcaster ERT reports that Haftar will bring the issue of the Maritime Agreement at the Berlin conference.

Some see a Greek diplomatic maneuver and a last minute chance for Athens to have a saying in the Libya Conference and even get a ticket to Berlin.

It is worth noting that on Thursday, PM Mitsotakis threatened to veto at European Union level any political solution for Libya, if the Turkey-Libya Agreement is not cancelled.