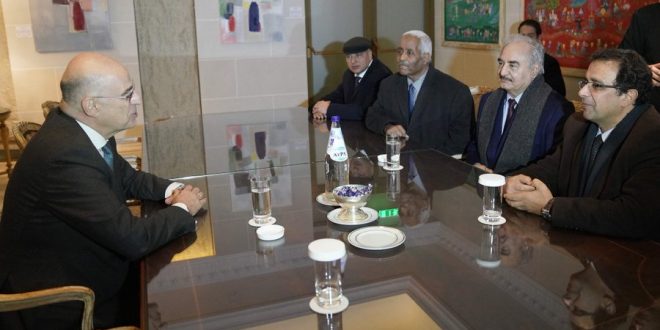 “Greece is ready to help the next day in Libya. Either by joining those forces needed for a truce, or by the participation of Greek forces in the European operation to implement the arms embargo as well as the deployment of mercenaries to Libya,,” Foreign Minister Nikos Dendias said after the meeting with General Khalifa Haftar in Athens.

“We want a ceasefire, the removal of mercenaries and the cancellation of illegal memoranda,” Dendias added with reference to the Turkey-Libya MoU on maritime boundaries.

“Haftar has agreed to all of the above,” the FM stressed.

Dendias reiterated Greece’s frustration to be excluded from the Libya conference in Berlin. He said he hopes that Germany will safeguard Greek positions (on the Turkey-Libya agreement) at the Conference.

General Haftar left the meeting without statements, however, he later told reporters that his visit aims to boost relations between the two sides.

Haftar has met with Prime Minister Kyriakos Mitsotakis in his Parliament office. As he is not a state leader, the meeting could not take place in the PM’s mansion. 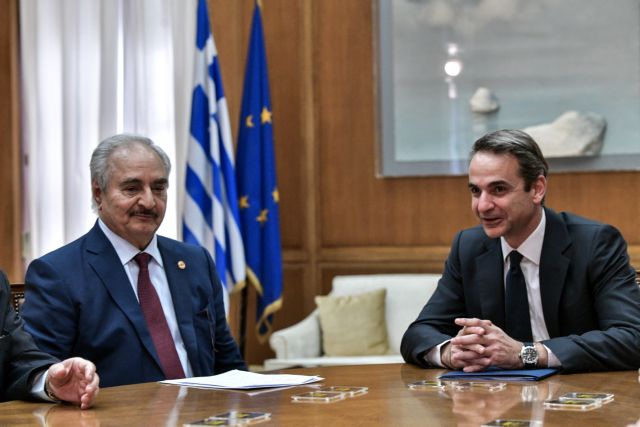 General Haftar: “We’re are friends of peace, we’re here to talk about peace.”

Prior to the meeting, the Greek PM had a phone conversation with German Chancellor Angela Merkel.