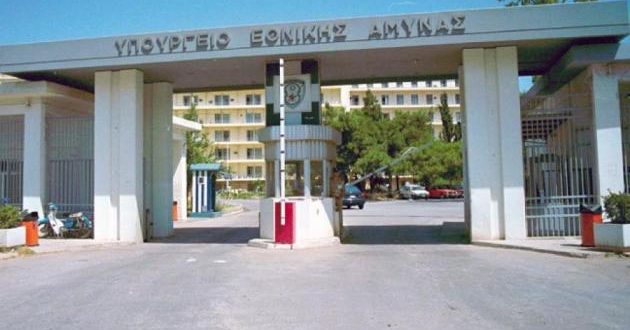 Greek and Turkish military complete round of Confidence Building Measures

February 22, 2020 Greece Comments Off on Greek and Turkish military complete round of Confidence Building Measures 267 Views

Greek and Turkish military delegations completed talks on Confidence Building Measures aiming to ease tension between the two countries. The 5-day talks took place in Athens and completed on Thursday.

The talks took place amid a series of daily provocations from Turkey that included violations of Greek air space and inflammatory statements from the Turkish leadership challenging Greece’s sovereign rights in the Aegean and the East Mediterranean Sea.

Already at the beginning of the CBM talks, Greek Defense Minister Nikos Panagiotopoulos had called on Ankara to abandon its aggressive rhetoric in order to have a meaningful and fruitful dialogue within the UN.

“What I have said – and it is known – to my Turkish counterpart, Hulusi Akar, is that in order to make sense of this dialogue it must be accompanied by behaviors that reduce tensions in the region. And that depends on the neighbor’s intentions,” Panagiotopoulos said.

“So, if we all show the right attitude, the dialogue on Confidence Building Measures and confidence building itself will make sense. If, on the one hand, we are discussing, and on the other we have all the overflights and violations in the Aegean, then there will be no progress that we would all like to have,” the Minister added.

In the previous rounds of CBM talks in Athens and Ankara in May and June 2019, the two sides endeed up in working out a 20-point draft text.

Talks were frozen when Turkey signed the maritime boundaries deal with Libya in November 2019.

Intention of the Turkish side is to open the whole spectrum of Greek-Turkish relations, however, Greece’s position at previous meetings was to keep the discussion between the military committees on issues related to the implementation of the Papoulias-Yilmaz Memorandum, signed in 1988.

Ankara is constantly trying to integrate in the talks for the Confidence Building Measures all its claims regarding the Aegean Sea, occasionally raising the dilemma that the talks would include “everything” or “nothing.”