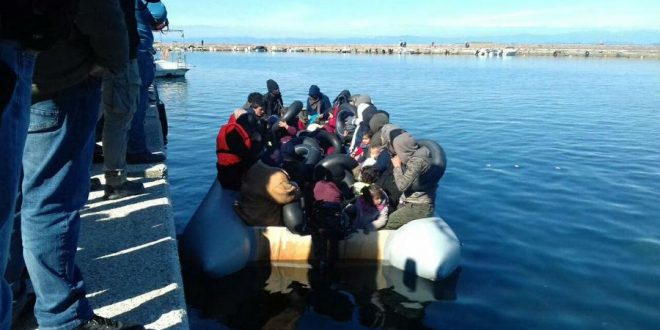 Things got out of control in the port of Thermi in the island of Lesvos on Sunday, with locals to block migrants and refugees to disembark from dinghy with a broken engine. Not only did the locals used vulgar expressions and threats against the desperate people, they also attacked two local city counselors, journalists and photo-reporters and the head of the local UNHCR office. One photo-reported was injured. 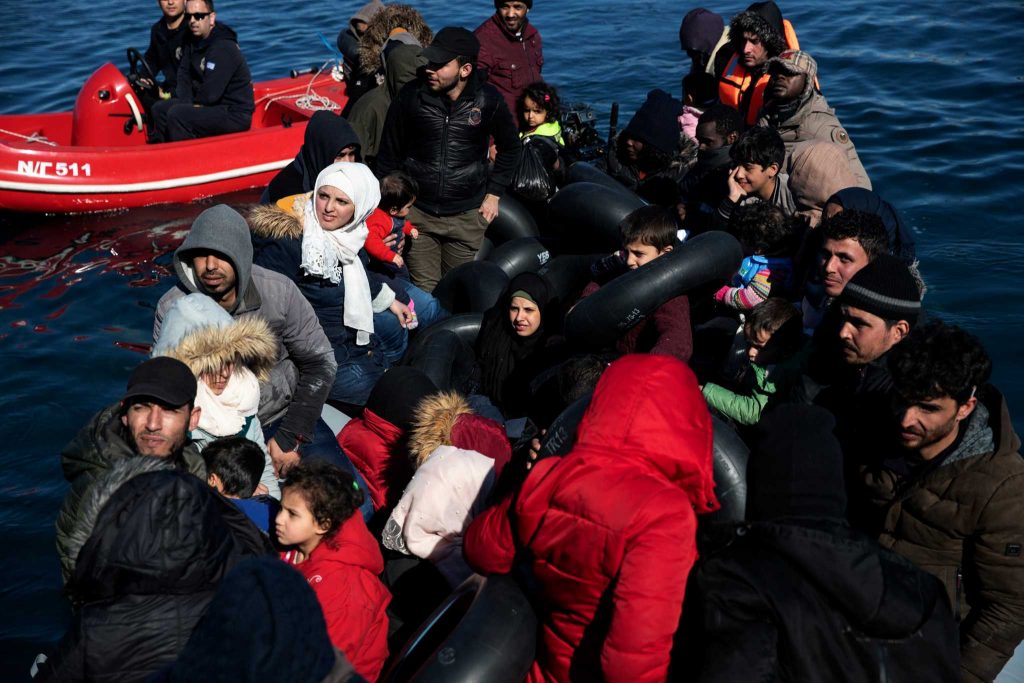 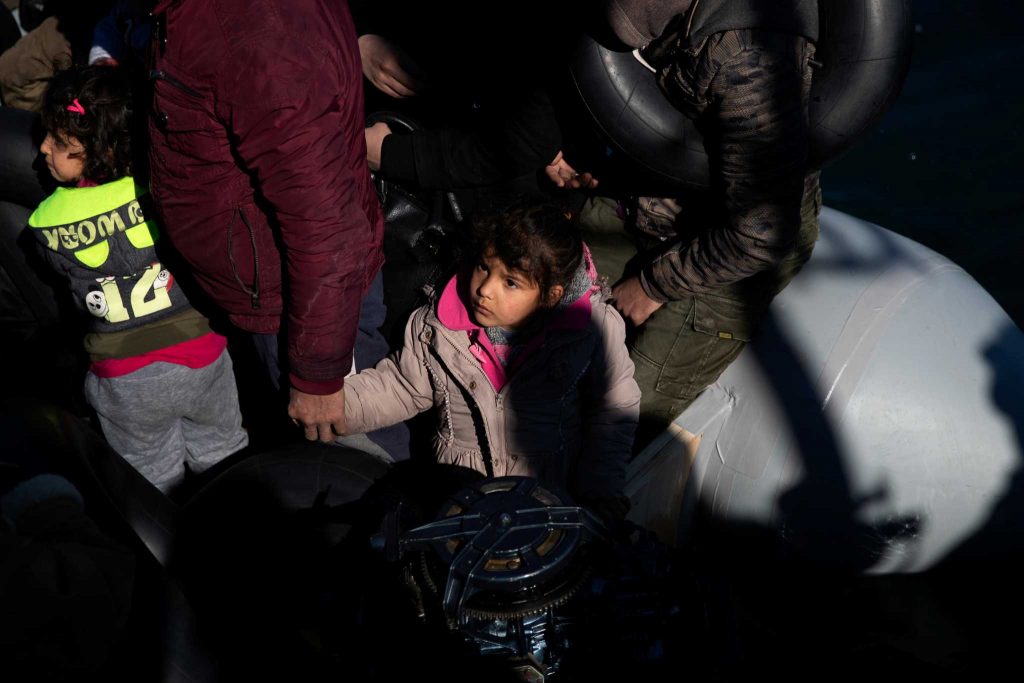 Inside the boat, men, women and scared little children. Some with a heart give water and biscuits for the women and the children. Others, like a teenager boy pushes the boat away from the dock.

Angry that journalists were filming the incidents, the mob attacked an injured a German journalist, grabbed and threw into the sea the equipment of another and attacked the head of the UNHCR on Lesvos.

Two counselors from the City Council who tried to bring the mob to its senses were met with outrage and were pushed away by the crowd.

The two German correspondents denounced verbal threats against them by the mob, pointed out to authorities’ indifference

Now protestors tried to push me overboard at sea for shooting video Bullies and cowards keeping ppl in a boat not even giving babies water Policeman said „I shouldn’t incite them“ #Lesvos A dark day for Greece pic.twitter.com/Pc2R5FfzFU

My cameras were thrown in the water. I was beaten and kicked heavily. This lasted a while. No police on site, also as I left. Some locals that disagreed with what the attackers did took care of me. And I am with friends.

It all started after the boat engine broke and it drifted between Skala and Panayiousa island for reportedly four hours.

At some point, a lifeguard boat and another boat towed it into the port and left it there, away from the dock.

„Take them back where they came from!“ hardcore locals in #Lesvos shout to coast guard as they are towing the embargoed migrant dinghy. They warn they will now go stop them at Mitilini where they are apparently taken pic.twitter.com/yYVzGWwX0c

„Get out of here“ locals scream: little children on boat w came to Turkey are stunned, all aboard silent There’s police and coast guard simply watching #Lesvos #Turkey @derspiegel pic.twitter.com/x2oRsTbsyA

Locals in #Lesvos prevent migrants from disembarking on island „we are Christians here „.- things getting out of control pic.twitter.com/n0XihpSkMs

When der Spiegel correspondent left the port and moved to cover the road blocks set by locals so that migrants won’t come through he was attacked again by a mob.

I was injured, thrown woods at, harassed and car chased. In #Lesvos, Greece In 2020 By right-wing extremists who first prevented a migrant boat full of children from reaching ashore And then built road blocks across the main road to harass NGOs and reporters This landed in my car pic.twitter.com/UlYOQpZBni

More than 400 people arrived on Lesvos on Sunday setting locals in uproar. In an atmosphere beyond logic and dangerously close to hysteria, authorities decided to cut the island into two by setting up “borders.”