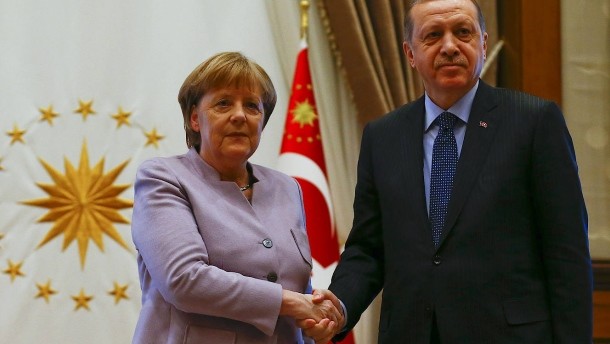 German Chancellor Angela Merkel is sending 32 million euros to President Recep Tayyip Erdogan: the money is  supposed to help the Turkish Coast Guard to stop more migrants who want to enter the EU. Germany claims the “state interest of Germany” as the reason for the generous present.

The German government wants to support the Turkish Coast Guard with around 32 million euros so that fewer migrants will arrive at the Greek islands – and thus in the EU – in the future.

As is apparent from a letter from the Federal Ministry of Finance to the Budget Committee of the Bundestag, the additional money requested by the Ministry of the Interior is to be used, among other things, for replacement of engines, the procurement of spare parts, for training and further education.

The letter states: “The saving of human lives and the improvement of the humanitarian situation in the Mediterranean region are as much in the state interest of Germany as the prevention of an uncontrolled migration movement towards Germany.” The need for money is unforeseen, as it was only determined in advance of Chancellor Angela Merkel trip to Turkey at the end of January by experts from the federal police.

The Turkish coast guard must be supported at the earliest possible point in time, the federal government argued, “in particular with regard to the weather conditions that will improve from spring onward and the migration movements that are likely to increase again as a result,” German media report on Wednesday.

PS Apparently, Angela have not heard the news that her friend Tayyip has pushed with his own hands thousands of migrants outside Turkey and thus towards Greece and “Europe.”