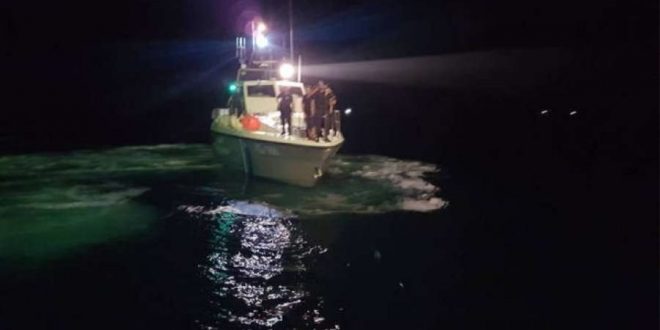 Turkish coast guard vessels harassed Greek Coast Guard boats and a helicopter participating in a migrants search and rescue rescue operation in the sea west of the small island of Halki near Rhodes. Furthermore, Ankara called on commercial ships that were engaged in the Search and Rescue operation to leave the area, claiming it belonged to Turkey. 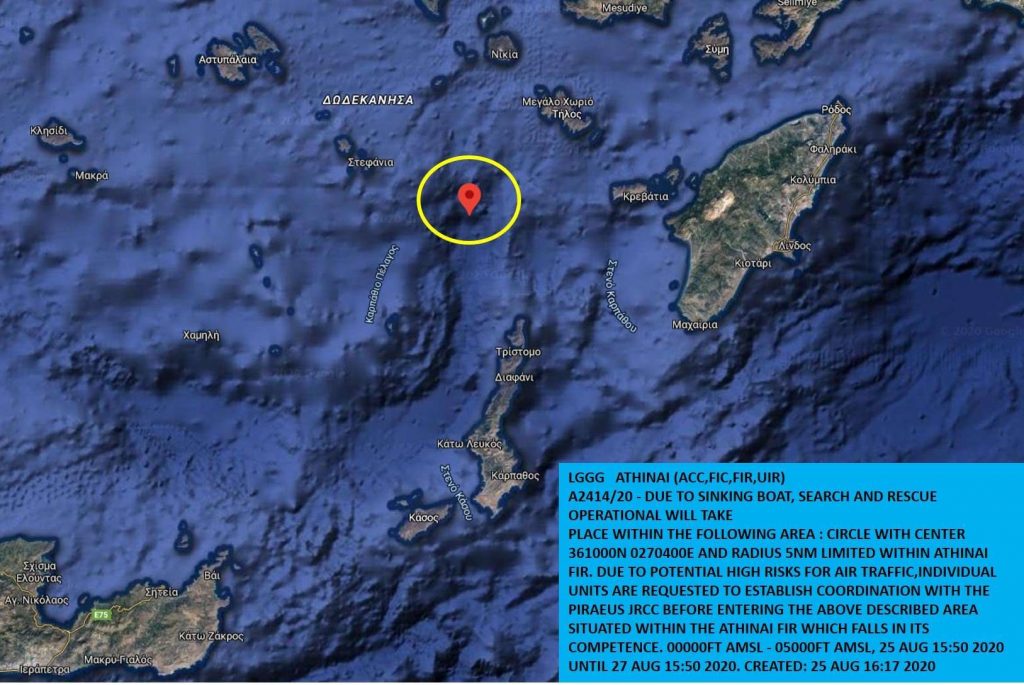 The SAR was launched early Tuesday evening after a boat carrying refugees and migrants started to sink, 21 nautical miles west of the island of Halki.

According to media reports, the crew on one of the Turkish vessels used lighting and laser equipment to obscure the vision of a Greek Super Puma helicopter as it prepared to lift an injured sailor from the deck of the Hong Kong-flagged Ocean Ang cargo ship.

Another TCG vessel attempted to ram a boat of the Greek Navy participating in the SAR operation.

The double incident is assessed as serious and as an attempt by Turkey to question the right of Greece to search and rescue in its area of ​​responsibility.

Next to the obstructions, TCG vessels tried to prevent Greek missile carrier frigate “Grigoropoulos” from participating in the SAR.

Defense news website millitaire.gr uploaded an audio document where Turkish Coast Guard is heard to call on a merchant ship to leave “because they were in a Turkish area.”

State broadcaster ERT TV reported that a TCG vessel demanded from the captain of a cargo ship to hand over the migrants it had rescued from the sea. The captain allegedly followed the order and handed over some 17-19 people.

Millitaire.gr reported later that the captain of the Turkish ship ALEXANDRA A with Maltese flag, although he participated in the SAR operation under Greek instructions in international waters, but within the Response and Rescue Zone of Greece, handed over the 19 people to a Turkish vessel that appeared in the area.. .

The SAR operation continued all night, with the participation of five Greek coast guard vessels, a Greek Navy vessel, two military helicopters and five cargo vessels that were sailing nearby.

So 96 people have been rescued. The operation continues on Wednesday as there are reports that two people are sitll missing.