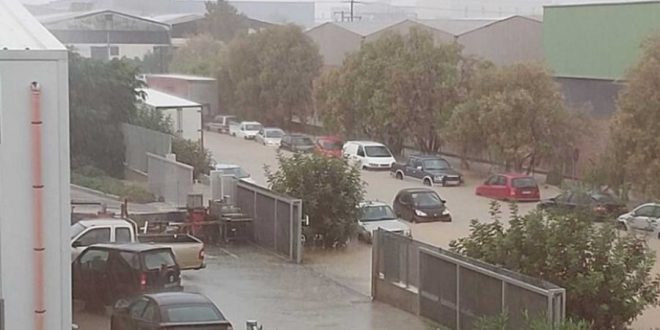 Torrential rainfalls on the island of Crete turned roads into rivers, flooded homes and businesses and forced the temporary shut down of the airport of Heraklio on Wednesday. Dozens of motorists were trapped in rushing waters as rivers and streams overflowed. 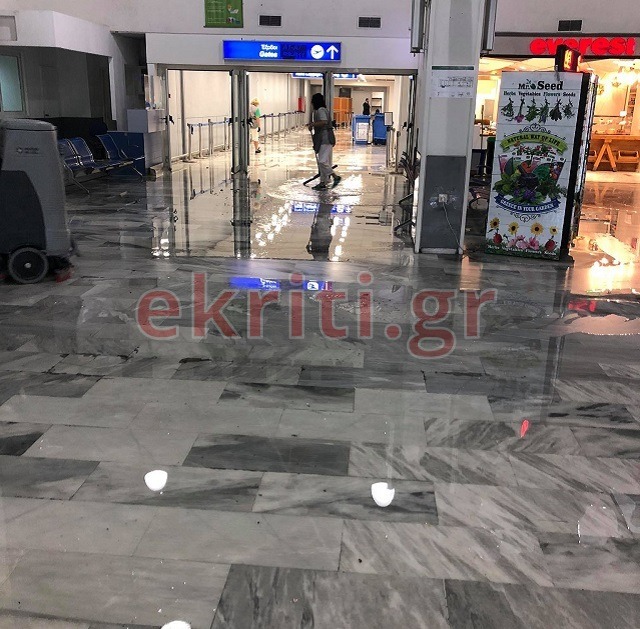 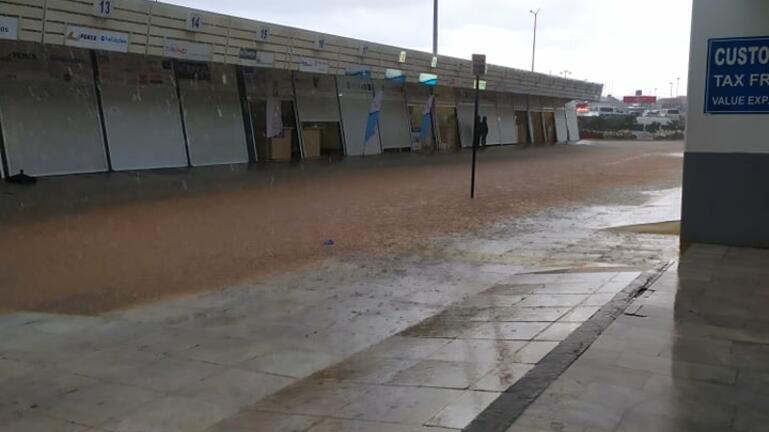 State broadcast ERT reported that even a part of the ceiling had broke down and that the rainfall had flooded also the runway and apron. 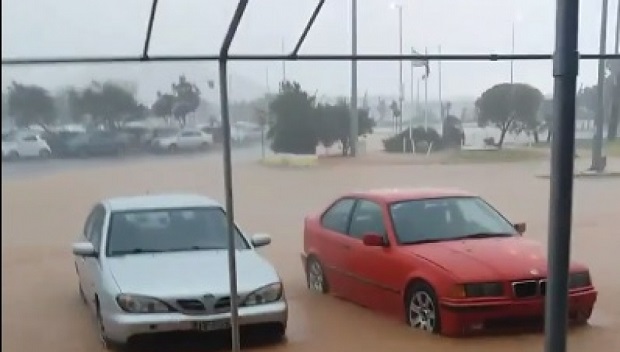 The Civil Aviation Authority suspended the operation of Heraklio airport “Nikos Kazantzakis” as the storm crated problems in the infrastructure. The airport is reportedly closed from 12:30 noon until 04:30 pm Wednesday, “in order to ensure the smooth operation of the airport, the safety of flights and passengers.”

Video: One lane of main Avenue Kazantakis turned into river.

Dozens of motorists were trapped in the flooded roads, the rushing waters swept away parked vehicles. 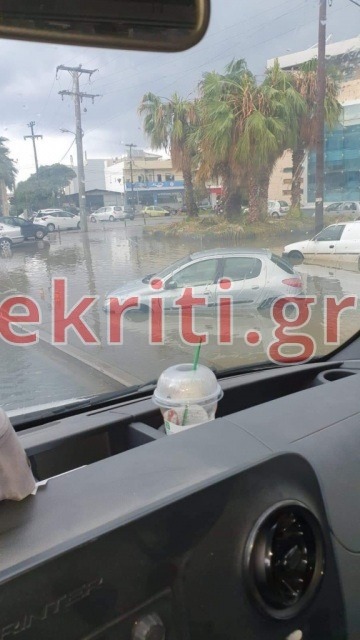 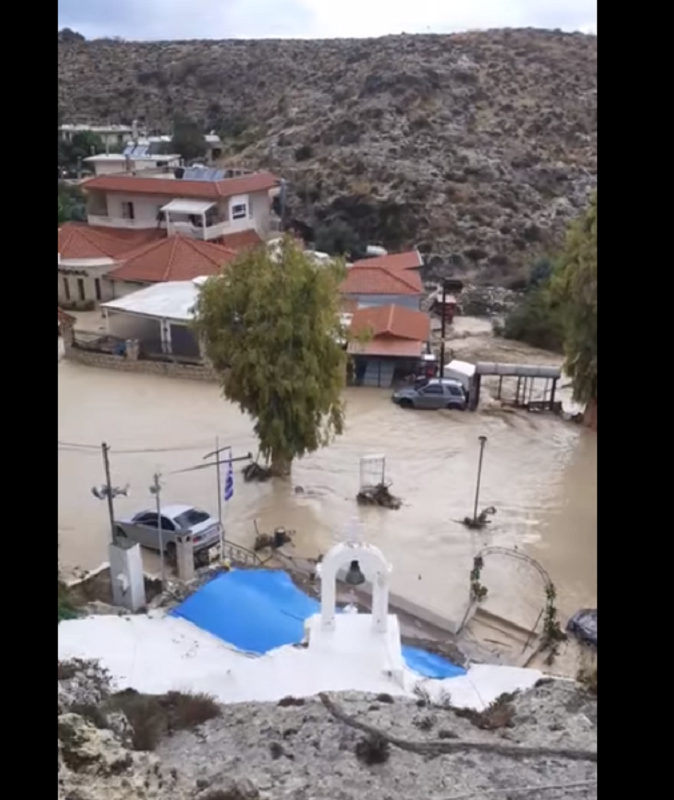 The Fire Service had to rescue four people in two vehicles trapped in in water and landslides. 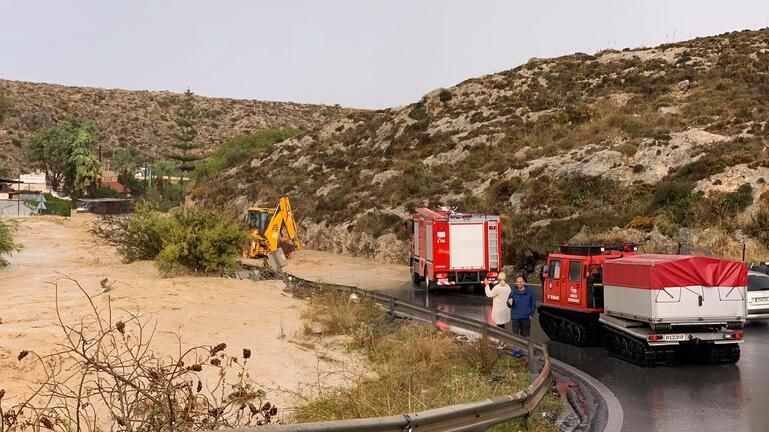 In another case, motorists set to rescue a driver when his vehicle was stuck in the waters, too.

The rushing waters caused flash floods and in some homes the water reached over 1 meter, before it retrieved leaving behind a …chaos. 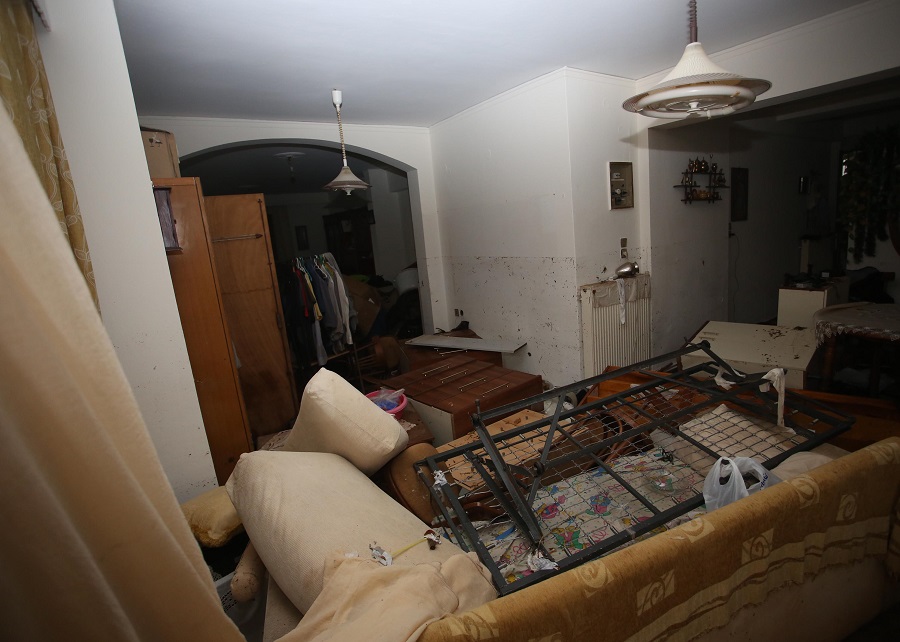 Also the Prefecture of the Chania was hit by the heavy storm, lighting turned night into day as the hail stroke. But this did not hinder locals to have their fun…

Police has not reported injuries or serious damages so far.

Greece’s National Meteorological Service issued a Red Alert warning on Wednesday as the bad weather front will continue to hit Crete as well as the islands groups of the Cyclades and the Dodecanese.