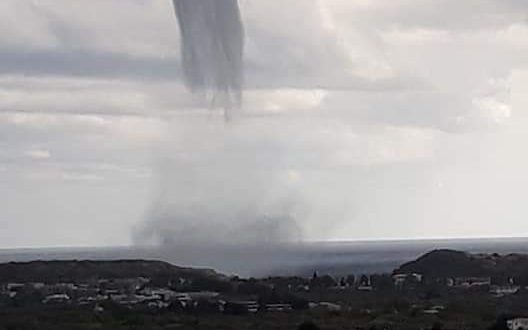 Residents and tourists stunned in awe the waterspouts forming off the islands of Rhodes, Santorini and Naxos on Wednesday.

On the island of Rhodes,The waterspouts formed off Afantou and Kolympia reached the shore and caused damages and even lifted boats.

Speaking to local media rodiaki, the president of Afantou Community, Giorgos Bakiris, said that up to four waterspouts were formed at a time and some reached the mean street causing damages to local businesses. 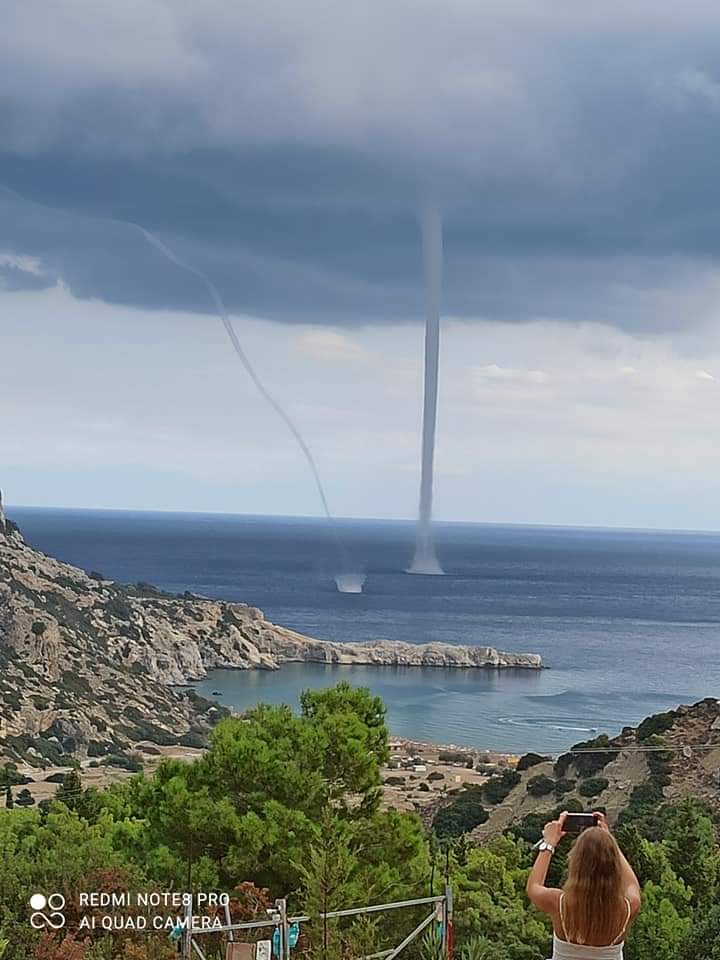 Benches, kiosks and other items of a cafe were broken, while in the port of Agios Nikolaos the waterspout lifted boats and threw them several meters away on the shore.

Locals reported of panic of panic among people when they saw the waterspout coming towards them. The owner of a tavern told Mega TV that “everything happened in fractions of a second.” 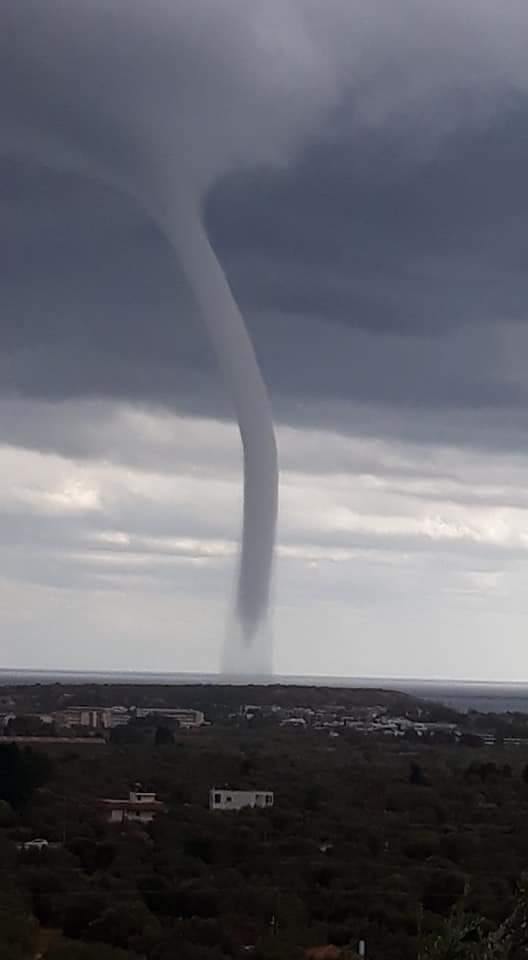 When he realized that it was coming towards the shore, he asked tourists to stay calm and go inside the tavern for protection. 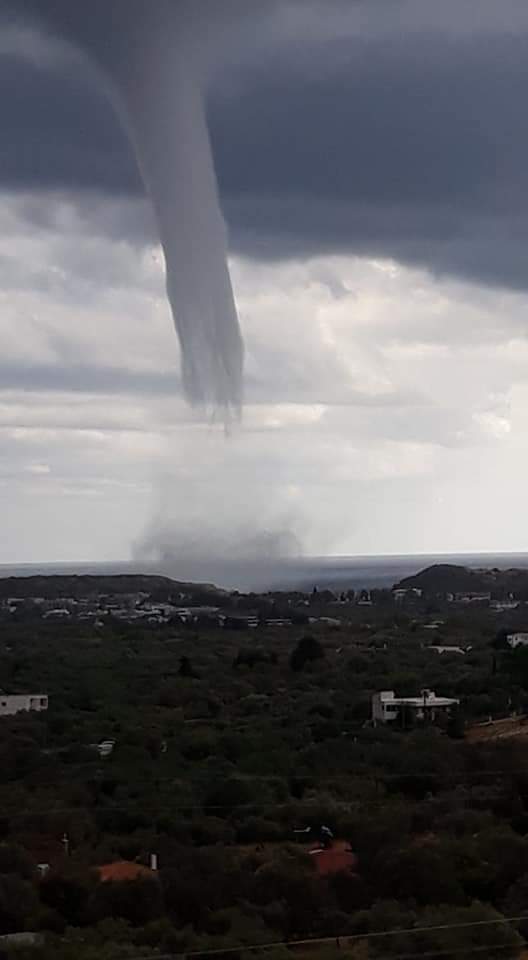 Waterspouts were also formed and recorded on the islands of Santorini and Naxos. 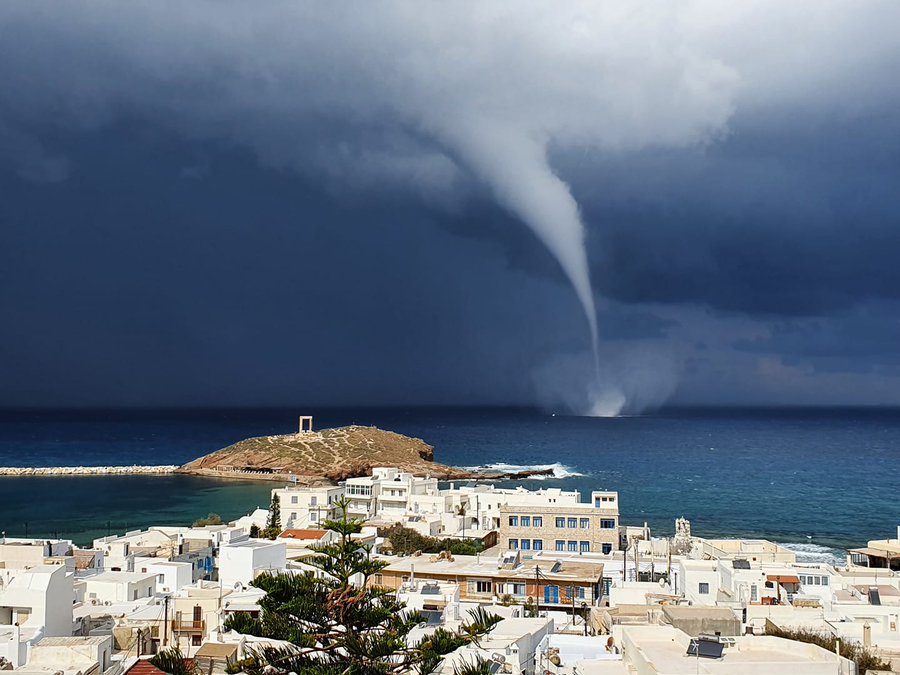 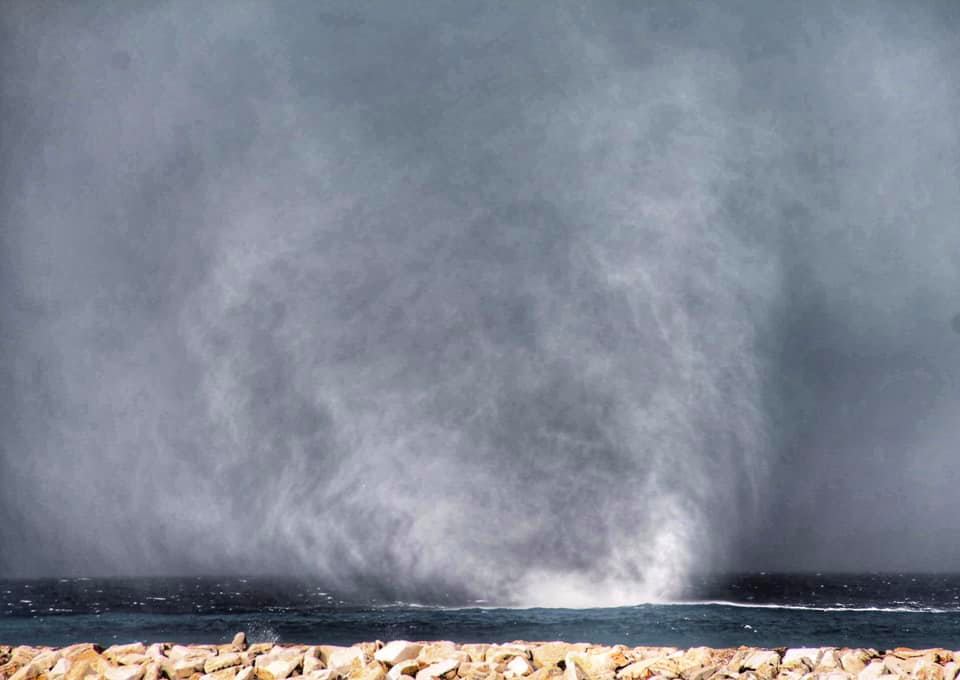 The Greek National Meteorologicsal Service has issued a Red Alert warning of severe weather phenomena in Crete, the Cyclades and the Dodecanese.