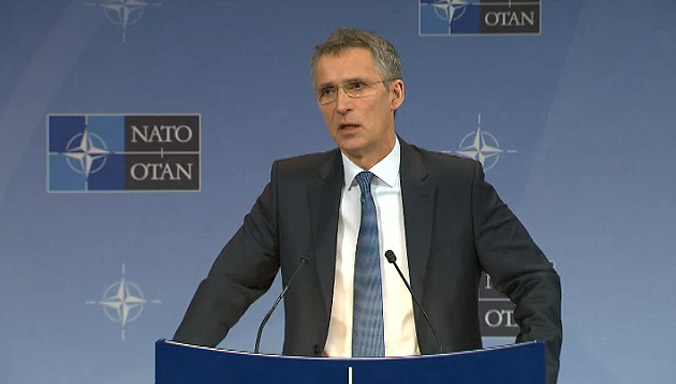 Greece and Turkey have agreed to cancel their planned military exercises which were scheduled for next week, on their country’s respective national holidays NATO Secretary-General Jens Stoltenberg said on Friday. Greece’s celebrate sits national Oxi Day on Ocotber 28th and Turkey its Republic Day on October 29.

Speaking to journalists after a virtual meeting of NATO defense ministers, Stoltenberg described the news as a “very welcome step” and commended Athens and Ankara for their “flexibility and constructive approach they have shown.” He added that these steps are in the right direction.”

🆕: #NATO SecGen @jensstoltenberg announces development on the Eastern Mediterranean: “I can confirm that both Greece 🇬🇷 and Turkey 🇹🇷 have decided to cancel military exercises which were planned for next week on their national holidays. I welcome this decision”.#EastMed #DefMin pic.twitter.com/2vlUZl0V4l

Stoletenberg noted that the tensions in the Eastern Mediterranean were discussed at Friday’s and Thursday’s teleconferences.

He added that NATOs deconfliction mechanism helps to reduce the risks of incidents and accidents and facilitates the effort to address the underlying problems, with the assistance of German mediation.

“It is important that we now try to avoid inflammatory words and actions so that we can further reduce the tensions in the eastern Mediterranean,” he said.

“And while I do not take a position on the legal issues it is a fact that refraining from seismic activities has had a positive effect on the situation,”he said obviously speaking of the Oruc Reis withdrawal in September but cleverly forgetting its return in October and the new standoff between the Navy Forces of the two countries.

By late Friday evening, Greece had not confirmed Stoltenberg’s announcement.

Citing military sources, hellasjournal reported that Greece has not scheduled any military exercise next week.

However, well-informed sources from the Greek Staff stressed in the Hellas Journal that next week we did not have any exercise based on annual planning.

It should be reportedly recalled that Turkey has scheduled military exercises in international waters between the Greek islands of Evia, SKyros and Psara on October 28.

The Greek Armed Forces are on high operational alert due to the provocative stance that Ankara has maintained throughout this period.