Breaking News
Home / News / Politics / Greece / European values must prevail, even in a state of public emergency like Covid-19 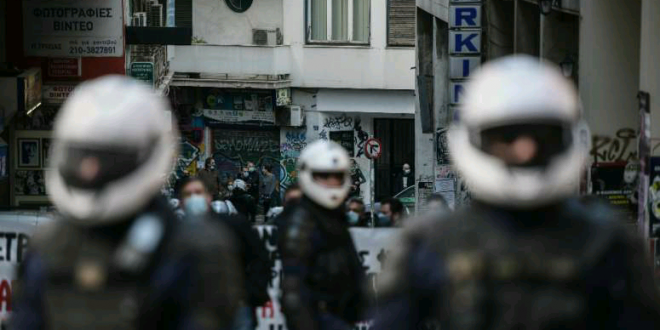 European values must prevail, even in a state of public emergency like Covid-19

December 6, 2020 Greece Comments Off on European values must prevail, even in a state of public emergency like Covid-19 730 Views

The European Parliament voted a resolution last month, urging that the European values of democracy must prevail even in a state of public emergency like Covid-19. The EP warned against “abuse of power” and called on the EUropean Commission to step up its efforts by taking legal action where necessary.

Parliament warns against “risk of abuse of power” and calls on the Commission to step up its efforts by taking legal action where necessary.

On November 16, Parliament adopted a resolution that takes stock of the state of European democratic values in the context of national measures to tackle the COVID-19 pandemic, with 496 votes to 138 and 49 abstentions.

In debate mid-November with Justice Commissioner Didier Reynders, almost all speakers expressed concerns regarding the rights of citizens and vulnerable groups in a number of EU countries where state of emergency measures have been taken.Uphold democratic principles and fundamental rights

In the resolution, Parliament points out that emergency measures pose a “risk of abuse of power” and stresses that they must be necessary, proportional and of a temporary nature when they affect democracy, the rule of law, and fundamental rights. National governments should “not abuse emergency powers to pass legislation unrelated to the COVID-19 health emergency”.

The rapporteur Juan Fernando López Aguilar (S&D, ES), stated: “This pandemic is turning out to be the worst crisis in the history of the European Union. Nevertheless, the European Parliament is fulfilling its duty towards citizens by fighting for their rights and freedoms, especially where governments are using the pandemic as an excuse to attack EU values. The Commission and the member states must step up their efforts to uphold fundamental rights, democracy and rule of law during this crisis and ensure that governments uphold democratic principles in their measures”. via europeanparliament

PS Apparently Greece, that has turned into a police state as the only means to beat the virus, is not aware of this resolution. It again banned nationwide public gatherings of more than 4 people, shut down 26 metro and train stations and has so far detained dozens of people whose “crime” was to commemorate the anniversary of murdered teenager Alexis Grigoropoulos. Among the detainees are lawyers, health workers and doctors, even passersby and one women with disabilities.