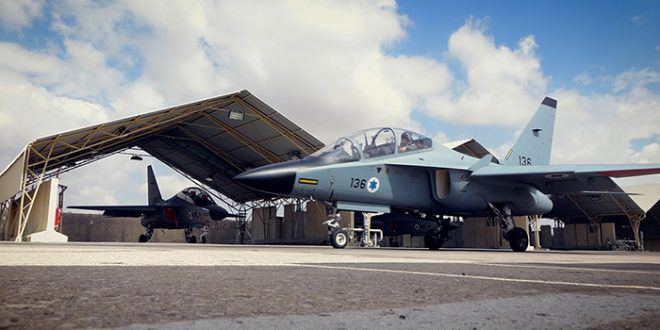 The completion of the agreement for the creation and operation of an Air Force School (training centre) for the Greek Air Force, to be signed by Israel and Greece, worth 1.68 billion dollars for 20 years, was announced by the Israeli embassy in Greece on Tuesday.

The agreement includes the supply of 10 M-346 (Lavi) aircraft, the maintenance of T-6 (Efroni) aircraft, as well as the provision of simulators, training and logistical support, according to an announcement.

Israeli Defense Minister, Benny Gantz, said: “ This agreement reflects the excellent and developing relations we have with Greece. It is a long-term partnership that will serve the interests of both Israel and Greece, create hundreds of jobs in both countries, and promote stability in the Mediterranean. I thank my friend, the Greek Minister of Defense, Nikolaos Panagiotopoulos, for his partnership in advancing this project and passing it in the Greek government. ”

Referring to the importance of this agreement, the Israeli embassy said that it is an additional expression of the excellent relations between the two countries, their close cooperation and friendship. It also expressed confidence that this landmark agreement opens further new horizons of strategic cooperation on economic issues and others, but also appreciation for the decision made by the Greek prime minister and the Greek government to choose Israel as a partner of Greece in this project, thanking them for their trust.

According to the Israeli embassy announcement, this is the largest defence procurement agreement between Israel and Greece to date, which was approved by the Greek government after an international tender. Athens’ approval gives the two sides the opportunity to enter into negotiations that will lead to the signing of an agreement, it said.

In this context, the Israeli side stated that, in the near future, SIBAT, the Directorate for International Defense Cooperation in the Ministry of Defense of Israel and Elbit Systems will sign the agreement for the creation of a Greek air force school (training centre), modeled on the school of the Israeli Air Force (IAF). The Greek school will be equipped with 10 M-346 training aircraft produced by the Italian company Leonardo, while these aircraft, also known as “Lavi”, are also used in the Israeli air force school and are considered very successful.

Under the agreement, Elbit System will provide the know-how and materials for the upgrade and operation of T-6 aircraft of the Hellenic Air Force. Elbit will also provide training, simulators and logistics. In the future, the two sides will consider other areas of cooperation between the Israeli and Greek air schools, the Israeli embassy said. [amna]