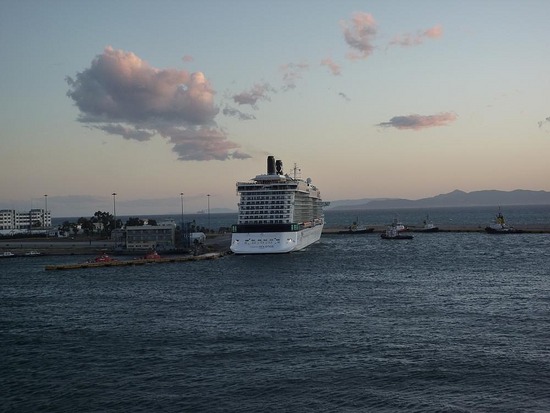 No bidders for Cyprus-Greece ferry connection

January 29, 2021 Tourism Comments Off on No bidders for Cyprus-Greece ferry connection 1,237 Views

Not a single bid was submitted for the tender for the ferry connection between Greece and Cyprus which expired on Friday, Cypriot Deputy Minister of Shipping Vassilis Demetriades has said.

The tender, launched December 11, concerned the selection of a contractor to operate passenger services between Cyprus and Greece. The contract would have been €15m for 36 months, with a state subsidy up to €5m per year.

Demetriades told state broadcaster CyBC on Friday there has been no interest and that they would soon relaunch the tender.

In the meantime, he said, they would assess the possible reasons why contractors did not express any interest. Though he did not mention it, tourism for 2021 is still up in the air due to the pandemic.

Under the plan, the maximum fare for a return ticket per person was set at €80 for an airliner seat and €120 per person for a plain single cabin, while for the accompanying vehicles and motorcycles the maximum amounts have been set at €150 and €100 respectively for a return journey. Additional port fees would be charged on these fares.

The ferry route was set to run once a week during the summer months (May to September) and once every two weeks during October and April, and once per month in November and March. An intermediate stop at a Greek island would be possible, and interested contractors were asked to state their choice.

Demetriades had said last month that the aim was to enable the operation of the Cyprus-Greece maritime connection in the summer of 2021, provided that a contractor would be found through the bidding process.

This service, he had said, was expected to enrich the available means of transport and create a new market niche for travellers to and from Cyprus and Europe. (more on CyprusMail)