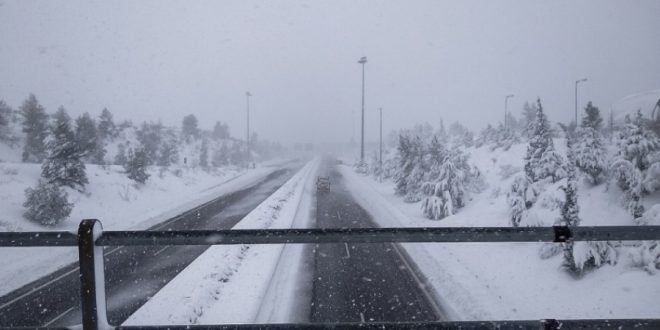 Athens-Lamia highway to open for a few hours on Feb 15, close for 24 hours

The Athens-Lamia section of Greece’s most important national highway connecting the South with the North will open for several hours on Monday, February 15, and close again in the evening for 24 hours due to the snowfall, the Minister for Citizen Protection announced Monday noon.

The Athens-Lamia highway section will open from 1 pm Monday until 7 pm and close again for 24 hours until 7 pm Tuesday, February 16, 2021, due to extreme weather phenomena. The situation will be evaluated again at 11-12 o’ clock Tuesday noon.

Minister for Ctiziens Protection Michalis Chrysochoidis said that the opening on Monday aims to facilitate the drive through of all vehicles and especially lorries supplying the market and the industry.

The 150-km long highway section was closed at 5:30 Monday morning again with decision of the Citizen protection Minister as precaution for the snowfalls.

“The highway was closed with my own decision to prevent trapping of vehicles and drivers and prohibit setting lives at risk,” Minister Chrysochoidis told Skai TV in the morning.

He did not explain though the real reason for the highway closure despite the very accurate forecasts by meteorologists and the many “emergency” meetings by ministers, deputy ministers, general secretaries and governors since Friday.

The highway was closed out of a sudden, the emergency number <112> that is supposed to inform citizens of emergency situations via sms did not operate. The effect was that hundreds motorists and lorry drivers were trapped on highway until traffic police would instruct them what to do. Long jams were caused in northern Athens when commuters attempted to go to work. 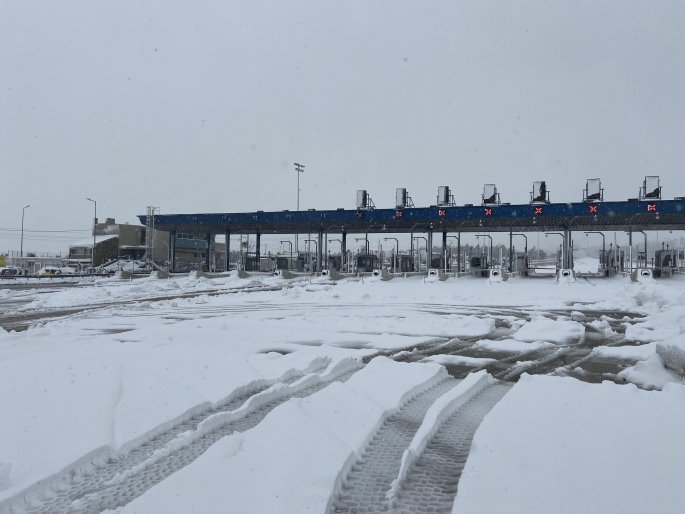 The highway shut down ended also in a chaos among those of state mechanism in charge and the blame game started.

Attica governor Giorgos Patoulis blamed the highway management company and the Civil Protection for the failure of <112> emergency.

Speaking to Open TV, Police Spokesman Theodoros Chronopoulos said he did not know why the <112> did not work and indirectly but clearly also blamed the Civil Protection, saying it was its own responsibility.

Head of Civil Protection Nikos Hardalias told Real FM that the <112> only sends Alert messages when people’s lives are art risk. He added that they cannot send such Alerts every time they close a road. He added that it is responsibility of Traffic Police and highway management company to inform the citizens.

In one voice, opposition parties lashed out at the government accusing it of not being prepared to deal with the weather situation although meteorologists had warned several days ago.

“In which European country the government shuts down all of a sudden national highways in order to deal with weather phenomena that were already known in advance and without informing the citizens?” KINAL/PASOK said characteristically in a statement.

Government spokesman Christos Tarantilis insisted that the shut down of Athens-Lamia highway “was preventive.”

Speaking to Real FM, Hardalias reiterated the government narrative of the “worst snowfalls in the last 20 years, in terms of duration and snow volume.”

Meteorologists forecast high temperatures in Greece in the coming days, around 4 to 7 degrees …