Breaking News
Home / FEATURED / Greece in talks with UK to allow Britons with or without vaccination to travel from May, says Tourism Minister 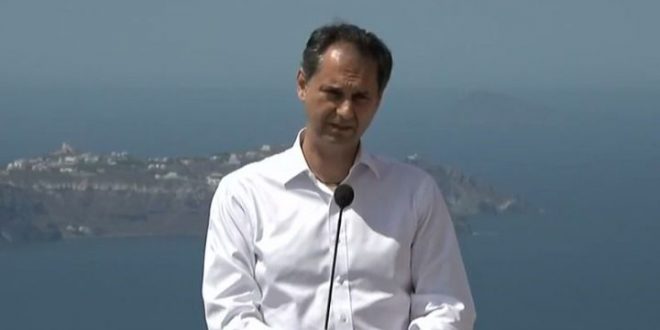 Greece in talks with UK to allow Britons with or without vaccination to travel from May, says Tourism Minister

Greece is in “technical” talks with the UK over allowing Britons carrying a vaccine passport to travel to its tourist hotspots from May, Tourism Minister Haris Theoharis told several British media on Tuesday. The announcement comes  despite concerns in Brussels and other EU capitals.

Theoharis said he hoped to “dovetail” with Boris Johnson’s roadmap for allowing Britons to travel but refused to be drawn on whether Greece would break with Brussels to establish the scheme. Non-essential travel into the EU is currently largely prohibited. All the leaders of the EU’s 27-member states will say on Thursday that “for the time being” the restrictions need to remain, according to a draft statement.

But Theoharis confirmed that Anglo-Greek technical teams were working on how a certificate system could facilitate the resumption of mass travel and what format it would take.

“We’ll try to dovetail with the plan that has been announced in the UK,” Theoharis told the Guardian.

“A date of May 17 has been set and we certainly want to be ready by then. The roadmap was a very, very good move by the UK government … planning is a pre-requisite for the travel industry.”

In an interview with itv.com, the Tourism Minister said that Britons can travel to Greece for summer holidays with or without vaccine.

He reiterated that Britons who have had the Covid vaccine will be able to travel to Greece and will no longer be required to self-isolate upon arrival.

He added that Those who have not been vaccinated will require a negative Covid-19 test before travelling to the country.

Those who visit the Aegean isles must abide by local restrictions, which could include social distancing and wearing a face covering, Theoharis said.

Despite his optimism, the UK government is yet to rule on whether holidays abroad will be allowed this year.

Curbs on foreign travel will remain in place until at least May 17, with an announcement some point before.