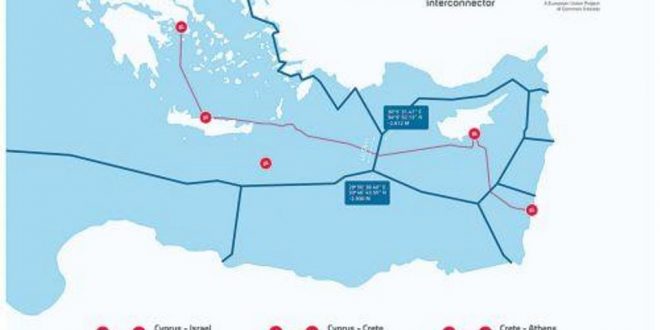 Greece, Cyprus and Israel signed an agreement in Nicosia on Monday linking the electricity supply of the three countries through a cable to be built, the EuroAsia Interconnector.

Greek Environment & Energy Minister Costas Skrekas said during the signing event that the EuroAsia Interconnector “will contribute decisively to end Cyprus’ energy isolation, the integration of renewable energy sources and the shielding of the electricity networks” of the three countries. 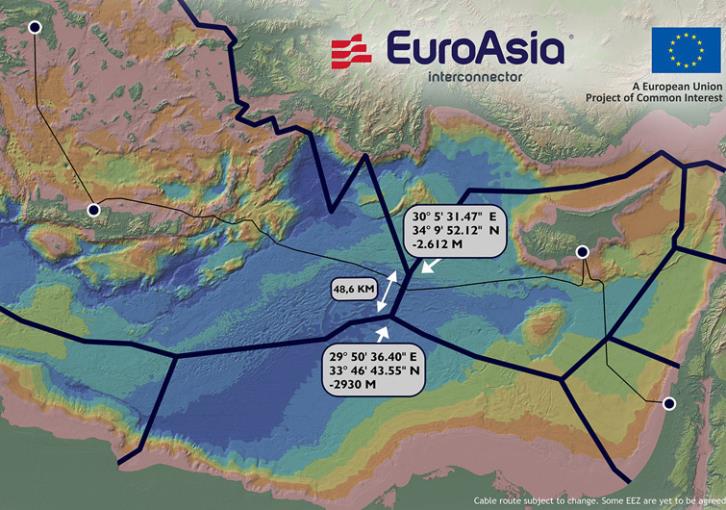 The signing of the agreement was held at the Presidential Mansion in Nicosia with Cypriot and Israeli Energy Ministers Natasa Pilides and Yuval Steinitz, while Skrekas participated via teleconference from Athens.

The submarine cable will have a carrier capacity of 2,000 MW and total length of nearly 1,200 km. The EU Project of Common Interest will allow the simultaneous transfer of power in either direction.

A statement from the Greek Energy minister said that the cable will allow the three countries to “take advantage of the great opportunities appearing in the ‘green’ development sector, while contributing to the protection of the environment.”