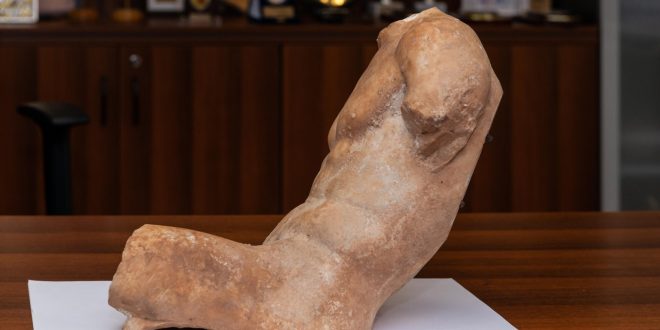 A man has been arrested on suspicion of antiquities smuggling for trying to sell an ancient marble statue of “exceptional artwork” that once likely adorned a temple on Athens’ famed Acropolis or the slopes around it, Greek authorities said Friday. 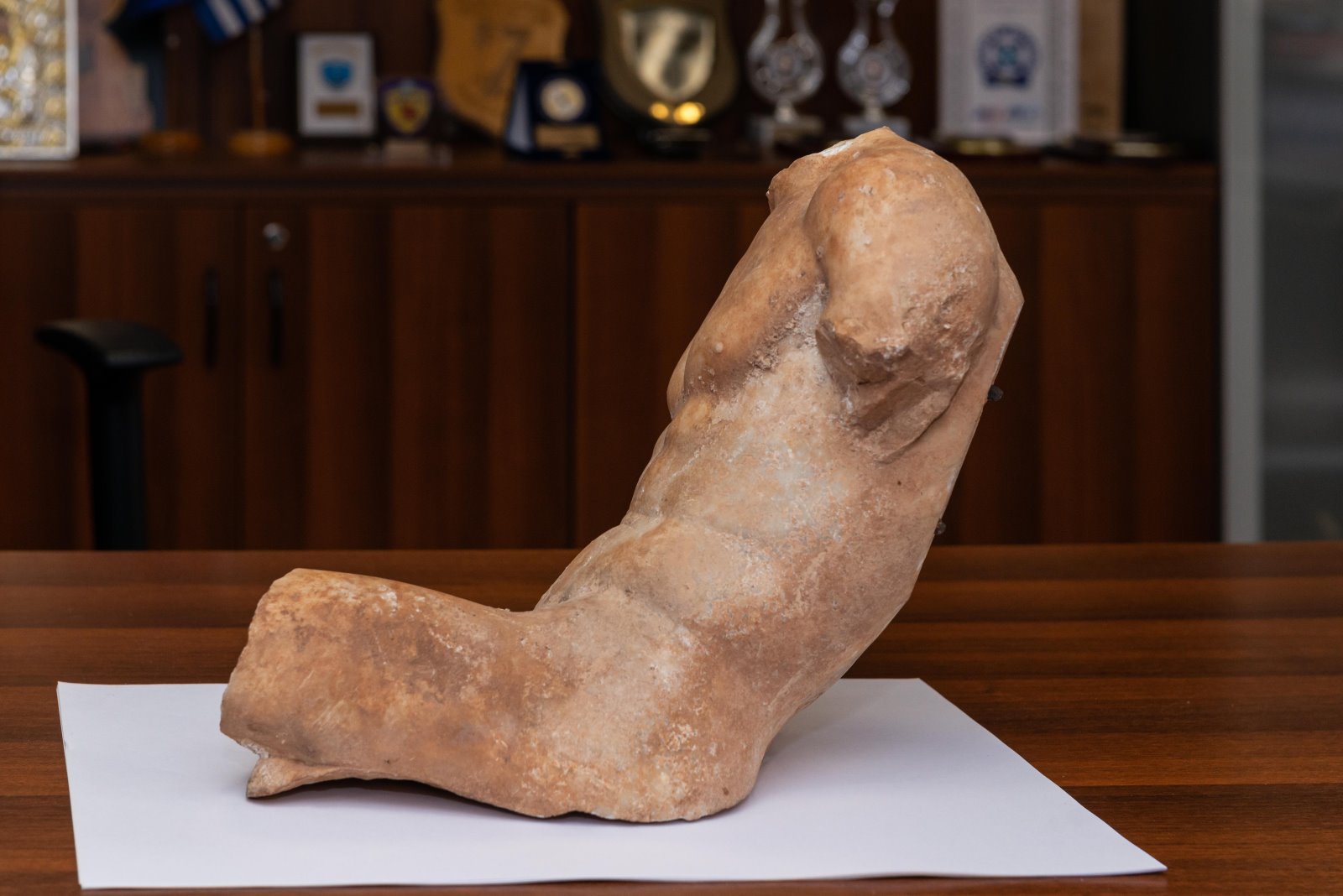 Police said the 5th century B.C. statue was recovered following a months-long police operation that involved an investigation by the Cultural Heritage and Antiquities Department. 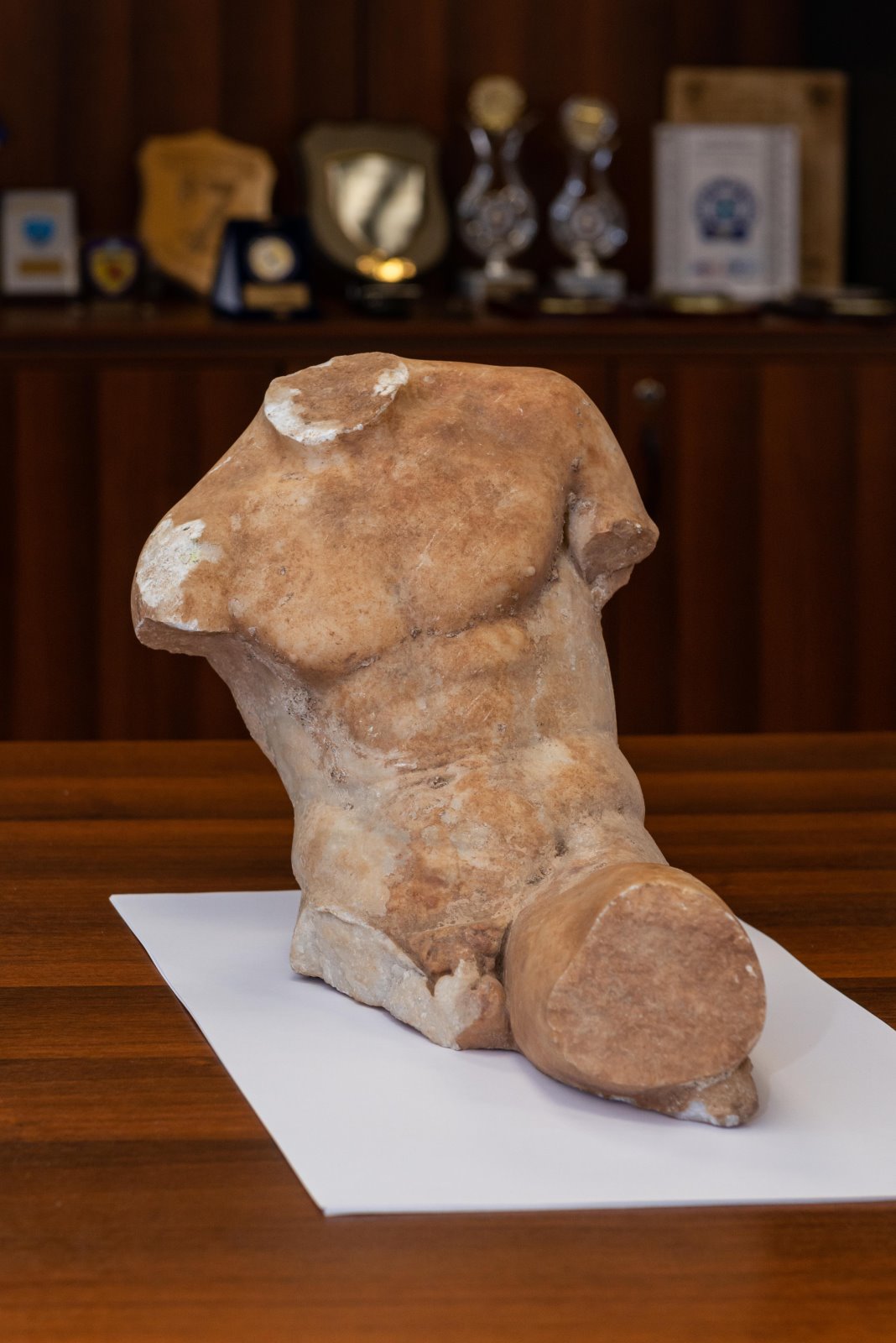 Measuring only about 37 centimeters (14.5 inches) high, the statue depicts a seated young man who reclines slightly to the right. The head, arms and most of both legs are missing, and two small holes are visible behind the left shoulder, from which rods would likely have attached the statue to a pediment — the triangular gable-end above the short sides of an ancient temple.

“It is an exceptional work of art, of the kind not easily found, not even in systematic excavations,” archaeologist Dimitris Sourlas said during a presentation Friday at police headquarters in Athens. The statue, he said, could have been part of a larger composition, but more research was needed.

Authorities didn’t say why they linked it with the Acropolis area, and what made them suspect it came from a temple — which would narrow down the search for its provenance.

The work was found in the possession of a man in the southern town of Corinth, who was arrested Wednesday on suspicion of seeking a buyer for the statue for the price of 100,000 euros ($119,000), police said.

An investigation is under way into how the piece came into his hands, and whether he had managed to contact potential buyers for it.

Photos released by the police showed the statue seemed to have been buried for a long time, and bore signs of damage from digging tools.

It is illegal to own, buy, sell or excavate antiquities in Greece without a permit. (AP)