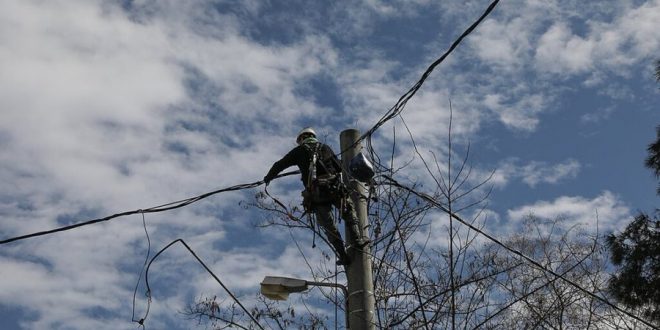 Three men were electrocuted to death and a fourth one was serious injured in an accident in Gymno village the island of Evia on Thursday. The four men were working on a pole pole when the tragedy occurred. Police detained three people in charge of the project.

The injured worker was was rushed to the nearest health center. Due to his critical condition he was transferred to the General Hospital of Halkida.
The four workers, aged 35-50, were members of a private contractor crew carrying out projects for the Public Power Company.
They were were working on a PPC pole when they were struck by a high voltage of electricity that reached 20,000 volts.
According to media Alpha TV and Star TV, the hook holding wires at pole nearby let loose, one of the cables fell on the cable the four men were trying to connect and the voltage electrocuted them.
The crucial question is why there was power supply while works on the network in the area were carried out.
Police detained three people working on the project: the engineer, the foreman and the supervisor of the project. They may face charges for murder by negligent.
Police investigates whether there was a request to cut off the electricity in the area in order for the works to proceed.

Firefighters had to launch an operation and reach one of the bodies pinned on the power pole. 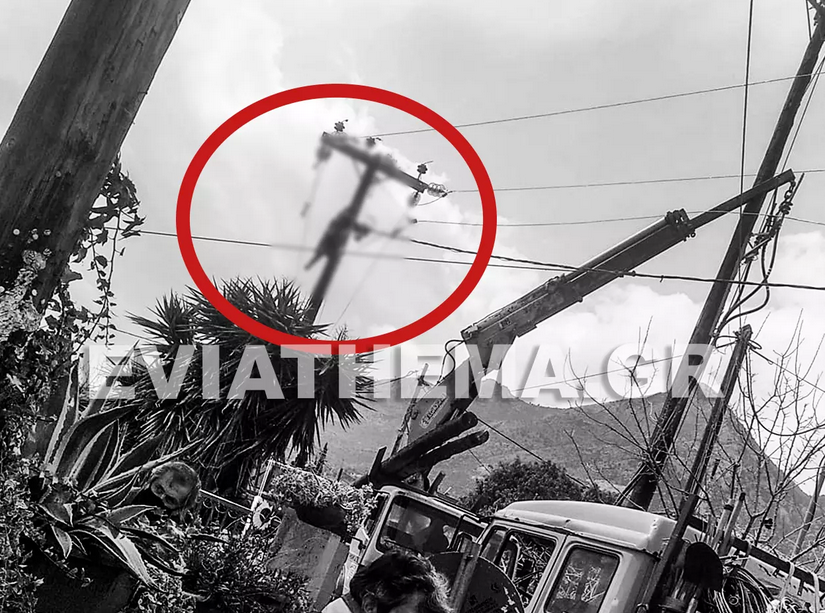 Dead are two Greeks, both 50 years old, and one Albanian national, aged 45.

The seriously injured worker is a 35-year-old man. The high voltage struck and threw him to the ground. He has severe burning injuries.