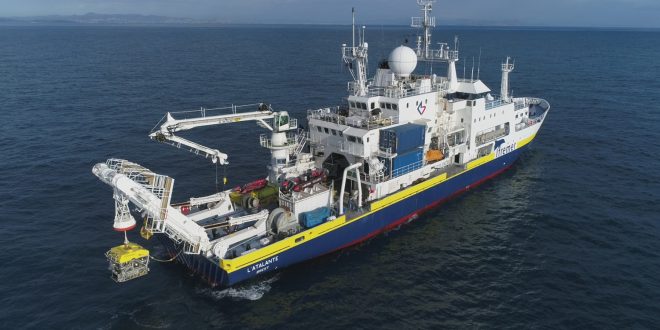 The Greek Foreign Ministry has submitted a demarche to Turkey regarding the French research vessel L’ Atalante, diplomatic sources told media on Wednesday. The demarche followed Turkish reactions to the vessel operating south of Crete, in a sea area under Greek jurisdiction.

The protest note comes also despite the fact that the government spokesperson in Athens said a day earlier that the issue was between Turkey and France.

Last Friday, tensions rose after Ankara summoned the ambassadors of Greece and France to protest the planned scientific survey of the L’Atalante vessel in a sea area within the contours designated by the Greece-Egypt maritime delimitation agreement.

On Tuesday, a spokesperson for the Greek Foreign Ministry confirmed that the L’Atalante had been operating in an area under Greek jurisdiction.  A navigational warning, or Navtex, was issued by the Iraklio Navtex station on the island of Crete, the spokesperson said.

Turkey said that L’ Atalante operates in an area that is part of its continental shelf and within the maritime boundaries set by its Memorandum with Libya.

Greece stressed that the Turkish-Libya memorandum is non-existent for Greece and the European Union.

The French Oceanography had planned research work since December 2020. Its program started in the Ionian Sea, continued South of Crete. Currently it must be operating between the Greek islands of Kasos and Karpathos. .