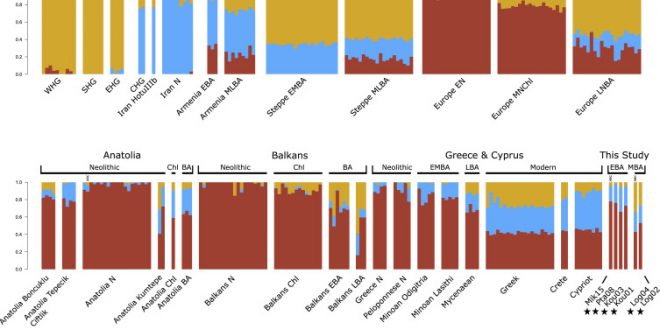 Present-day Greeks are genetically similar to 2,000 BCE Aegeans from Northern Greece, a scientific study has found. According to the study, there is “Genomic homogeneity across the Aegean during the EBA despite distinct cultural backgrounds.” 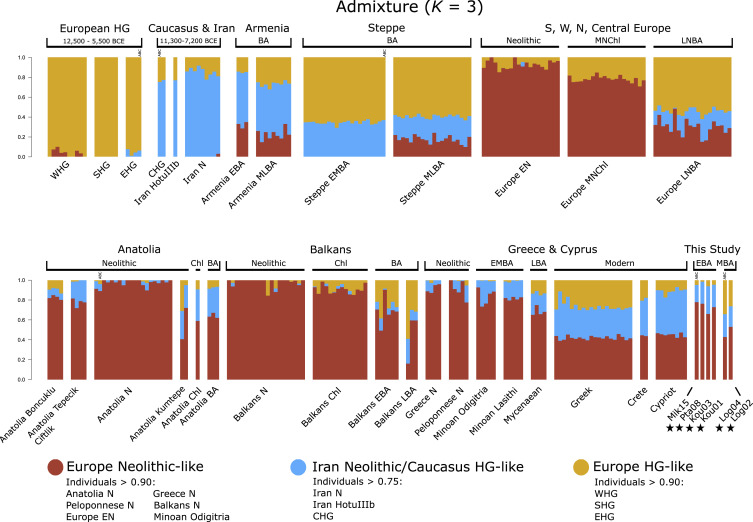 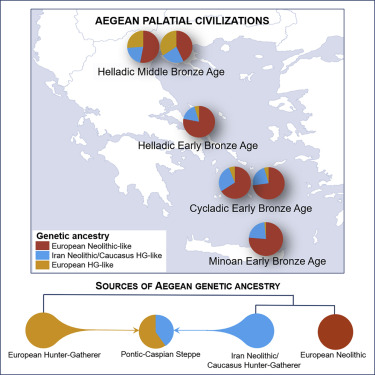 The study was conducted by a group of Greek and foreign scientists lead by Christina Papageorgopoulou, Associate Professor and Director of the Physical Anthropology Laboratory, and Anna-Sapho Malaspinas, Associate professor at the Department of Computational Biology hosted by the University of Lausanne and at the Swiss Institute of Bio-Informatics, who published it together at the Biology scientific magazine “Cell.”

Some study excerpts below:

The Cycladic, the Minoan, and the Helladic (Mycenaean) cultures define the Bronze Age (BA) of Greece. Urbanism, complex social structures, craft and agricultural specialization, and the earliest forms of writing characterize this iconic period.

We sequenced six Early to Middle BA whole genomes, along with 11 mitochondrial genomes, sampled from the three BA cultures of the Aegean Sea. The Early BA (EBA) genomes are homogeneous and derive most of their ancestry from Neolithic Aegeans, contrary to earlier hypotheses that the Neolithic-EBA cultural transition was due to massive population turnover. EBA Aegeans were shaped by relatively small-scale migration from East of the Aegean, as evidenced by the Caucasus-related ancestry also detected in Anatolians. In contrast, Middle BA (MBA) individuals of northern Greece differ from EBA populations in showing ∼50% Pontic-Caspian Steppe-related ancestry, dated at ca. 2,600-2,000 BCE. Such gene flow events during the MBA contributed toward shaping present-day Greek genomes. 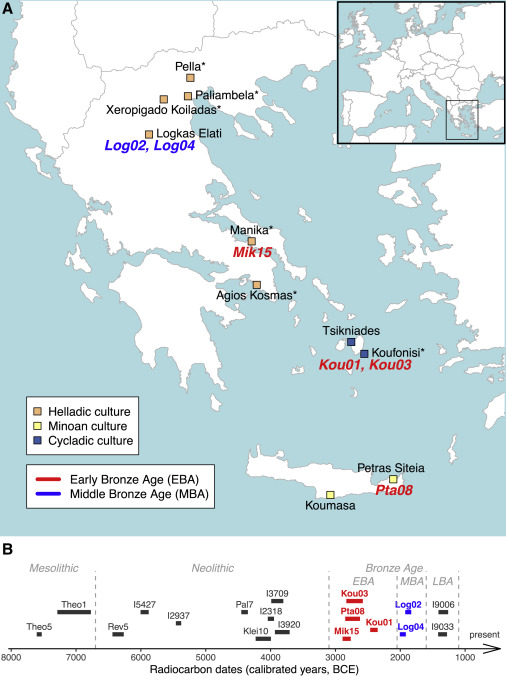 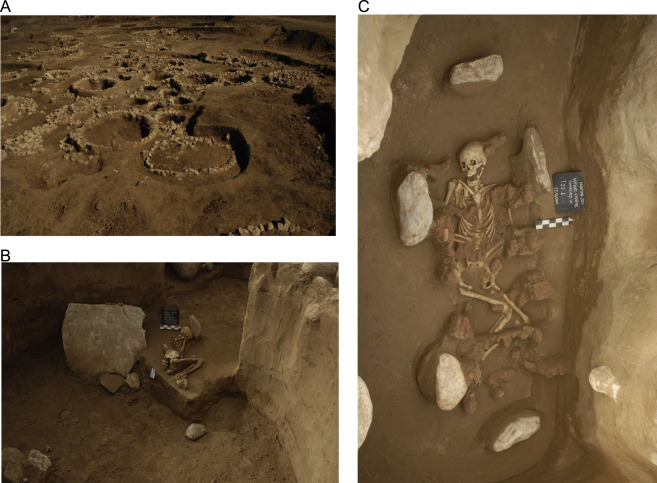 70 individual samples have been screened for the presence of human DNA.
Six individual samples with a human DNA content higher than 1% were selected for whole genome sequencing (WGS).
For three of those, nuclear capture data was also generated. For these six individuals, sample material from the petrous bone for both radiocarbon dating and DNA sequencing was used.
one EBA Helladic individual from the site of Manika on the island of Euboea (Mik15), one EBA Minoan from the site of Kephala Petras (the burial rock shelter) on the island of Crete (Pta08), two EBA Cycladic individuals from the island of Koufonisi (Kou01 and Kou03), and two MBA individuals from the site of Elati-Logkas in northern Greece (Log02 and Log04).
Table 2Genomic and archaeological data for the six BA whole-genome sequenced individuals from this study
Details on the origin of the individuals, their cultural group, and their radiocarbon dates.
The study was published on April 29, 2021.
Full study in English here in cell.com.