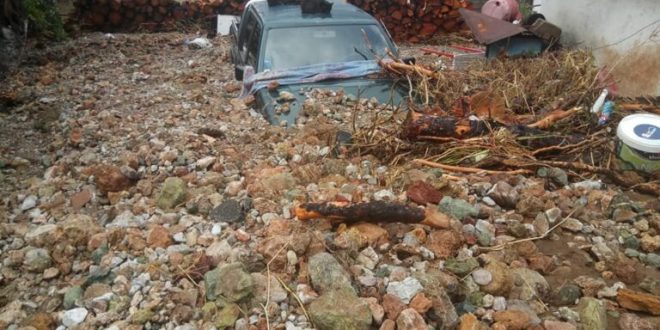 Banks in Greece, Spain and Portugal face increased risks from the climate change, according to a joint report by the European Central Bank (ECB) and the European Systemic Risk Board (ESRB) published on July 1. Greece and other southern EU countries are exposed to increased risks, on the one hand due to climate change and on the other due to rising US inflation and US bond yields

The report that takes a closer look at how a broadened set of climate change drivers affects millions of global firms and thousands of financial firms in the European Union (EU).

The report on the impact of climate change (climate – related risk and financial stability) states that almost 10% of Eurozone banking system exposures are subject to extremely high or rising physical risk factors, especially in the case of their combination. The most common combinations of such factors are water scarcity, fires and heat stroke.

The ESRB has compiled a pilot list of EU countries at risk from any source of major natural hazard, such as fire, earthquake, flood and tornado. Greece has a higher degree of risk for all four of these forms of natural disasters. Overall, its risk rating is 2.2 vs. 1 for the EU, while it is higher for earthquakes (3.5 vs. 1 in the EU), as shown in the table below.

It maps out prospective financial stability risks and contributes by further developing the analytical basis for more targeted and effective policy action. 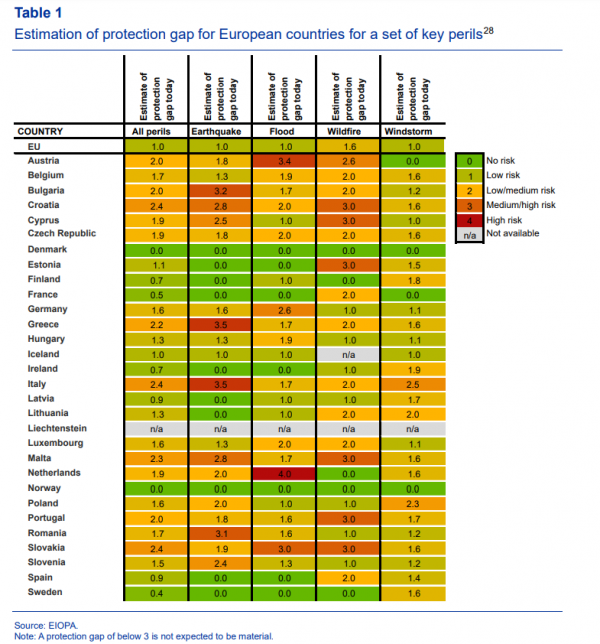 “These findings underline the crucial and urgent need for climate policies and economic transitions, not only to ensure that the targets of the Paris Agreement are met, but also to limit the long-run disruption to our economies, businesses and livelihoods,” said Christine Lagarde, President of the ECB and ESRB Chair.

The report’s granular mapping of financial exposures to climate change drivers finds three forms of risk concentration. First, exposures to physical climate hazards are concentrated at the regional level. The analysis shows, for example, that river floods will be the most economically significant widespread climate risk driver in the EU over the next two decades compounded by strong vulnerability to wildfires, heat and water stress in some regions. Around 30% of the euro area banking sector’s credit exposures to non-financial companies are to firms that are subject to a combination of these physical hazards.

Third, exposures to climate risk drivers are concentrated in specific European financial intermediaries. Around 70% of banking system credit exposures to firms subject to high or increasing physical risk over the coming decades are concentrated in the portfolios of just 25 banks. At the same time, scope for financial market repricing associated with transition risk will be particularly large for investment funds, where more than 55% of investments are tilted toward high emitting firms and estimated alignment with the EU Taxonomy stands at only 1% of assets. While direct holdings by insurers of climate sensitive assets may be manageable, risks could be amplified by cross-holdings of investment funds of around 30%.

Long-term scenario analysis for EU banks, insurers and investment funds suggests that credit and market risk could increase as a result of a failure to effectively counteract global warming. In the projected scenario modelling what would happen in the event of an insufficiently orderly climate transition, physical risk losses – particularly for high emitting firms – would become dominant in around 15 years. This could lead to a decline in global GDP of up to 20% by the end of the century should mitigation prove to be insufficient or ineffective.

As work continues on more accurately measuring and modelling climate risk, the advances described in this report should provide valuable evidence to inform the broadening climate debate in the public and private sector alike.