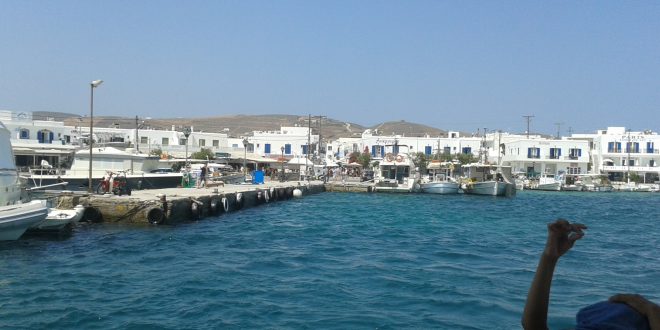 Greek Prime Minister Kyriakos Mitsotakis and his wife Mareva Grabowski-​Mitsotakis were the guests of media mogul Barry Diller and fashion designer Diane von Furstenberg on the Cycladic island of Antiparos on Sunday, according to media reports.

Unfortunately no picture of the stylish dinner leaked to the press but we got lots of spectacultat pictures of Antiparos  where Tom Hanks has a summer house.