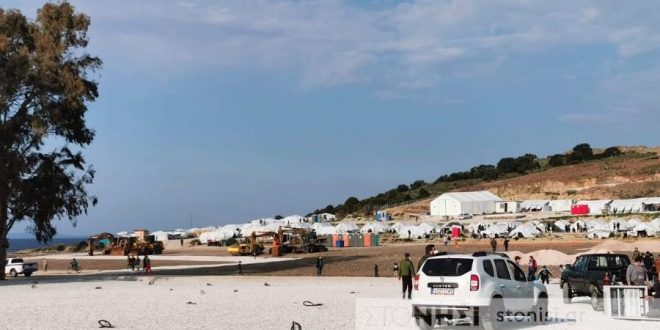 An one-year-old refugee child was taken to the hospital of Mytilene from the camp of Kara Tepe on Wednesday, where doctors could only confirm its death.

Tthe child had high fever and vomited and was not transported to the hospital in time, local media report.

The child of a single-parent family from Somalia was first transported to the camp facilities and then to hospital.

Initial examination reportedly  suggests the death was caused by aspiration after a meal.

An autopsy is expected to determined the exact causes of the infant’s death.

*thumbnail: archive from the latest camp via stonisi