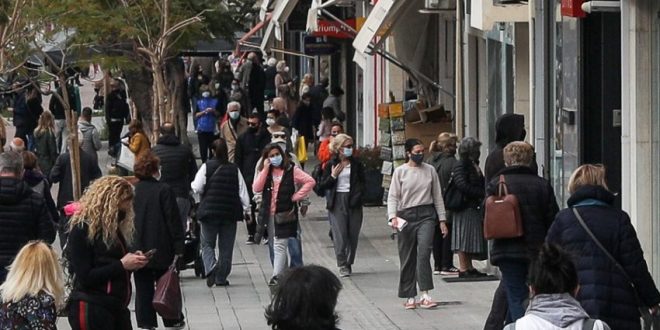 Unvaccinated may not allowed inside retail stores from autumn, says Greek Minister

Greece’ Development Minister Adonis Georgiadis threatened on Friday that unvaccinated citizens may not be allowed inside retail stores as from autumn.

Speaking to Skai TV, he did not did not rule out the possibility that unvaccinated citizens would not be allowed to enter closed areas, such as retail stores, if the pandemic worsens in the autumn.

Commenting on the epidemiological situation in the country, Georgiadis noted that due to the increase in tourism, an increase in cases is expected in August.

“The possibility of eradicating the virus in Greece while we have our borders open and we have tens of thousands of tourists from all over the world, I think, is not possible; what we can achieve is to control it and reduce it,” he said.

Regarding measures on the islands, he referred to Mykonos saying “the rate of infections increase has decreased because we have taken measures. The rate of transmission has halved.”

He added that everybody on Mykonos understood that “there cannot be parties.”

Georgiadis pointed out that Mykonos-style measures are possible in other islands as well adding that the government is obliged to intervene when there is a problem.