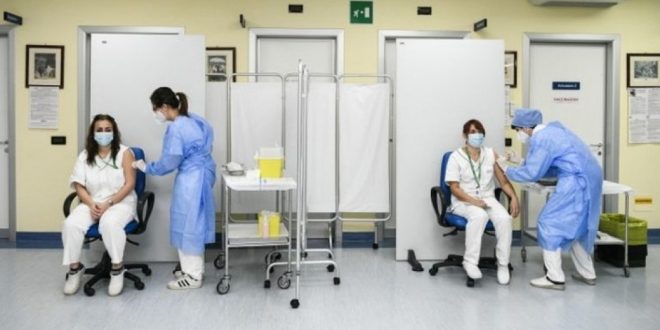 Greece is considering to allow citizens get vaccinated without a previous appointment with the aim to boost a wall of immunity as soon as possible as the vaccinations program has slowed down. On July 25, only 46.8% are fully vaccinated and another 7% have got only a first jab waiting for second one.

Citing information from the government, media report on Monday that there is consideration for vaccinations without appointment in the month of August where many people are on summer vacations and no long queues are expected.

The plan is that citizens go to vaccination centers and show only their ID card, iefimerida reports.

“Access to and the vaccination process at vaccination centers will be even easier and even faster,” the government thinks.

The campaign to persuade even the most skeptical citizens continues both through appeals by government officials, but also by the Church that had priests read a circular in favor of vaccinations after the religious service on Sunday.

Deputy Minister Akis Skertsos released data comparing active cases vs intubations during the 3rd pandemic wave in winter and the 4th one, currently..

Health Minister Vassilis Kikilias appealed to young people to have at least the first dose of a vaccine before the go on summer vacations.

He said that some 30,000 appointments have already been scheduled by those belonging to age group 15-17 and added that the platform will be open for age group 12-15 in August.

Health experts sound daily alarm about the danger of the Delta variant and call on citizens to be vaccinated, especially those belonging to vulnerable groups.

Those home-bound mainly due to mobility problems are still waiting for their jab as the government was late in initiating and organizing vaccination at home.

Ahead of the new academic year, the government is also considering to establish mobile vaccination centers at universities to facilitate the vaccination of students, professors and administrative staff.