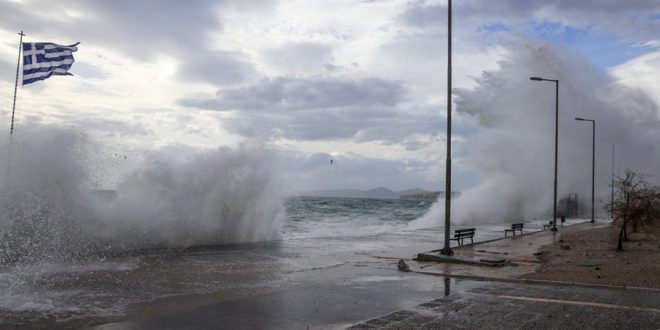 Greece’s National Meteorological Service (EMY) issued a warning on Thursday of a weather deterioration with significant temperature drop, heavy storms and powerful winds. The weather change occurs after a prolonged hear wave with average temperatures of 40 degrees Celsius and up to 44-47°C since July 27, 2021.

Health experts warn again the residents of Attica basin of high air pollution due to the smoke from the forest fire in Evia. See below. 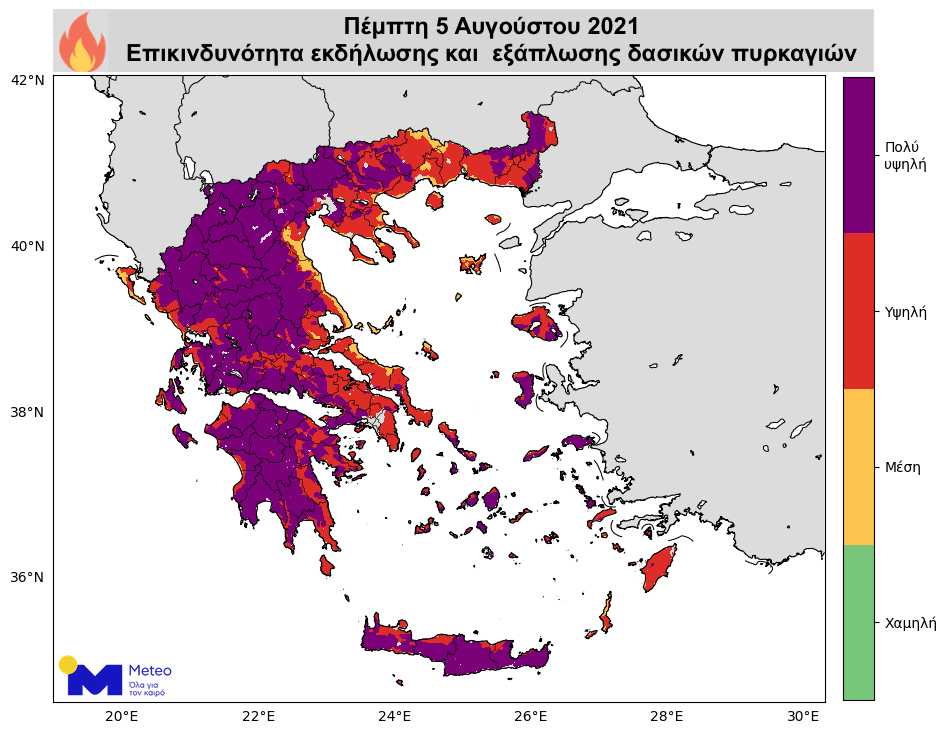 Mostly affected by the “cold weather front”  will be the western, northern and eastern Greece.

According to EMY warning:

2. Strong West and North-West winds will prevail in both the Ionian and Aegean seas and islands as well as on the mainland. From Friday afternoon in northern Greece, with the passage of the cold front that is the main cause of this change in weather, the winds will are North-North-West and will temporarily be strengthened.

3. Sporadic thunderstorms will be locally strong. They will be likely accompanied by hail. They are forecast to hit in the early afternoon and last until the evening hours in central and eastern Macedonia and Thrace.

From Monday to Wednesday, August 9-11, 2021,  a new heat wave will hit Greece again with temperatures reaching 40-42°C in Central and South mainland. Then temperature will drop, EMY said in its weather warning.

Weather Forecast August 5-10 , 2021, according to meteo service of National Observatory of Athens 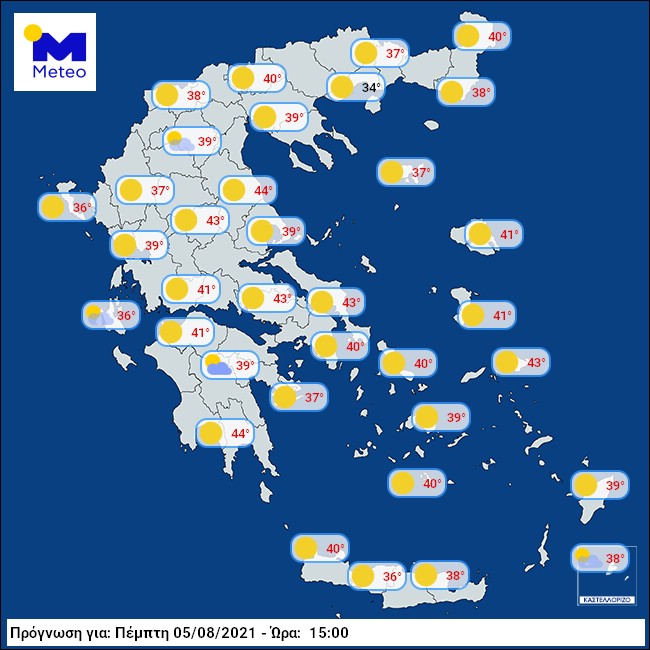 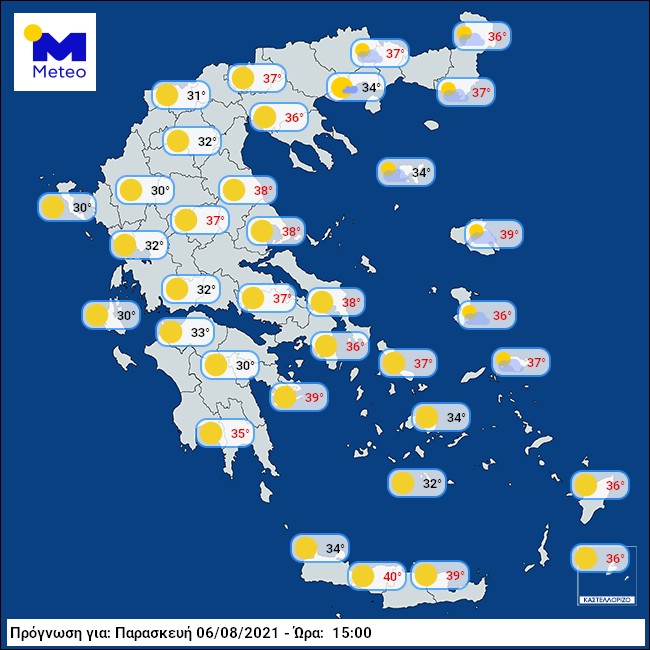 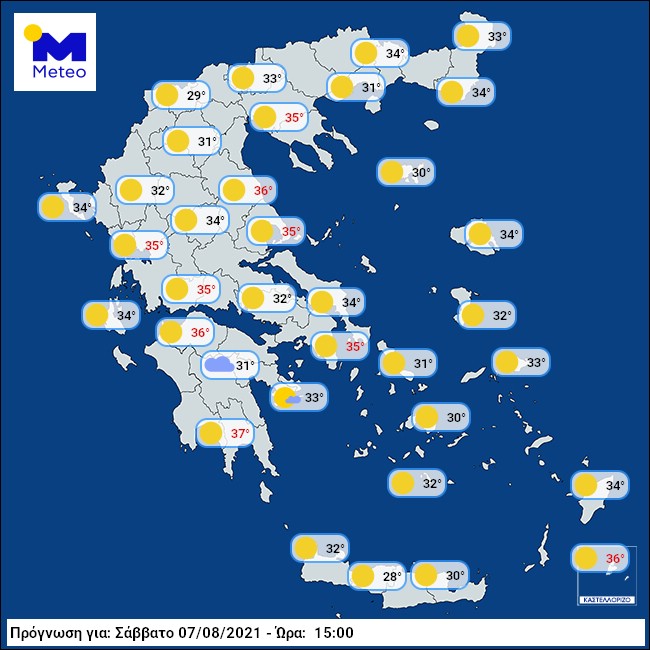 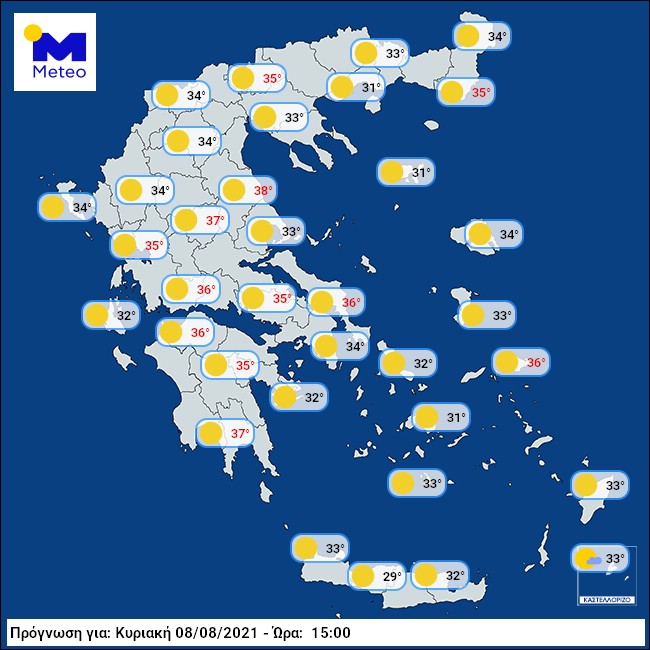 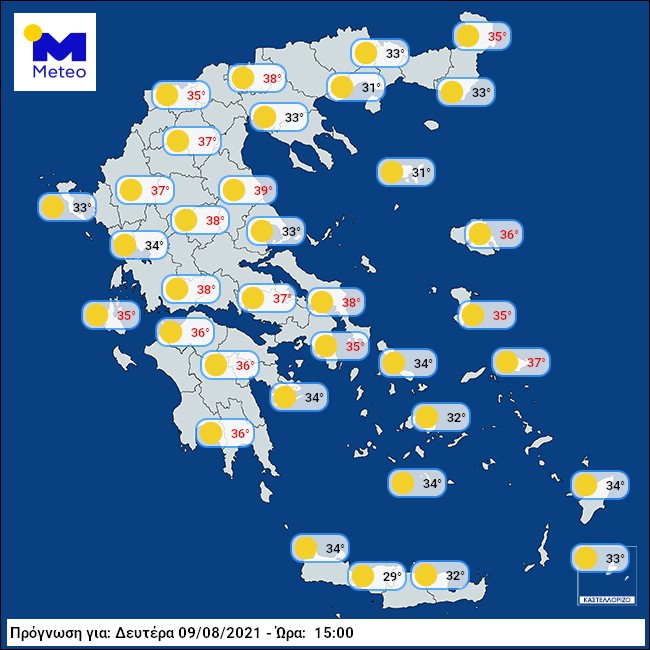 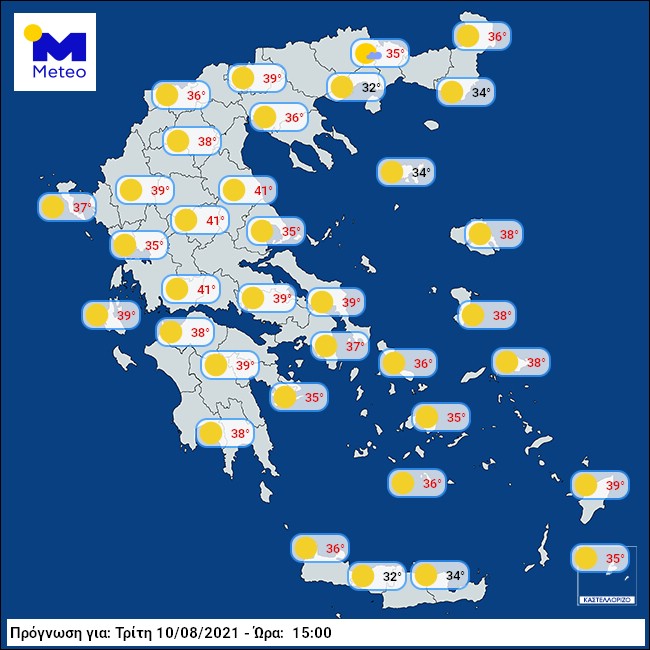 WARNING! AIR POLLUTION! Health experts warn also on Thursday about the high concentration of fine particles PM2.5 in Attica basin, due to the forest fire smoke in Evia. Please, read the measures you have to take and check the concentration in your area here.

Video on the spread of the smoke, released by the National Observatory of Athens.