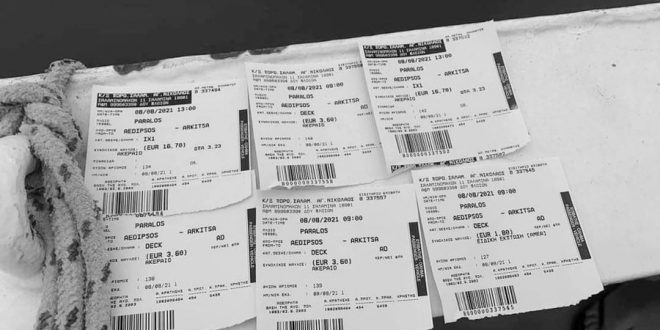 The unbelievable happened but nobody is surprise if one lives in Greece: Residents and visitors of the island of Evia who were ordered to evacuate due to fires had to purchase tickets to board on ferries and get on the mainland.

It needed a lot of complaints and denouncements to media, Live on TV, for the Shipping Minister to activate.

Hours later, Shipping Minister Giannis Plakiotakis issued an order that movement of people and vehicles from the ports of Aidipsos and Apokampos are free of charge.

We are told that the ministry of maritime affairs has ordered the ferry companies not to charge for the tickets from now until further notice as people keep leaving the island of Evia from this port.

Still hours later, the spokesman of the Greek Coast Guard announced the news on TV thus adding that allowed to travel from Arkitsa port and GLyfa to north Evia are only those assisting in the fire fighting.

Now the activation of three ministers, Interior, Infrastructure and Civil Protection, is needed to allow highway free of charge tolls for all the evacuees trying to reach relatives and friends for accommodation.