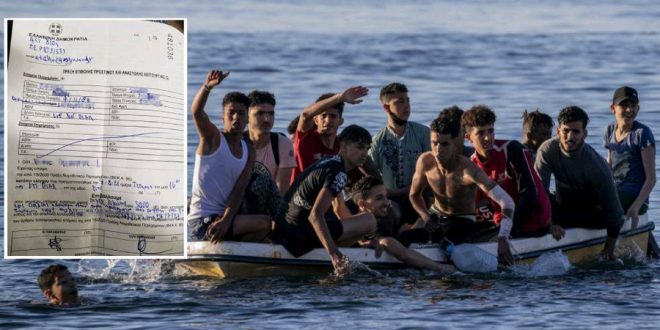 Greece fines asylum-seekers with €5,000 for arriving without Covid-test UPD

Greek Police has been imposing fines of 5,000 euros to asylum-seekers entering the country by boat under the pretext of violating the coronavirus protocol and not showing or having a Covid-19 test upon arrival. Sheer  racist vindictiveness or just an mean trick to increase revenues from the needy ones?

In an exclusive report daily efimerida ton syntakton, speaks of “another outrageous trick of the revenge treatment of asylum-seekers was invented by the Hellenic Police, imposing a fine of 5,000 euros per head on the people who get off the boats due to … a coronavirus protocol.” 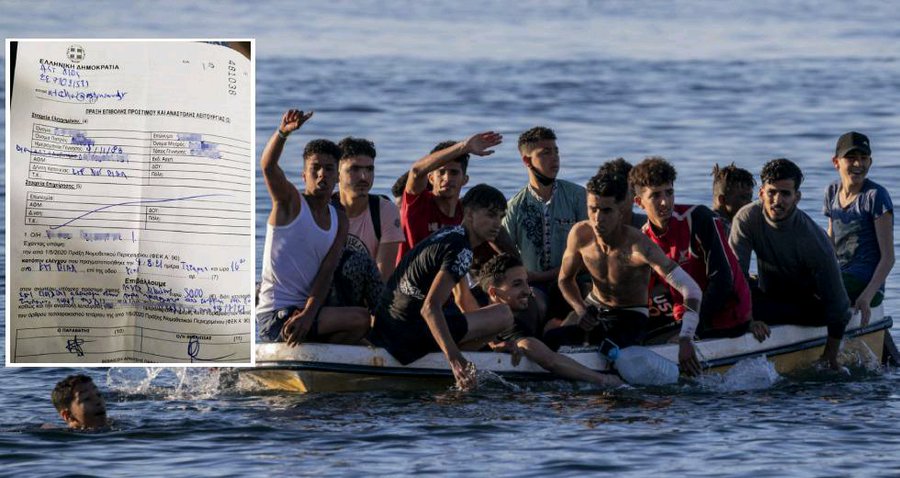 According to daily Efsyn:: Refugees arriving in Greece are now facing a fine of 5,000 euros the moment they get off the boat. Police have reinstated the practice they launched in March 2020 by imposing fines on newly arrived refugees, making use of coronavirus legislation that affects tourists and visitors to the country.

Fines whose validity will be judged after an appeal filed by the victims of this deeply reactionary policy, which degrades and uses coronavirus protection measures as a pretext to implement the government’s extreme deterrence policy.

Fines were imposed a few at the time, but this tactic seems to be gaining ground, apparently in the face of stronger political deterrence at the border against Afghan refugees trying to escape the Taliban.

Fines, totaling 125,000 euros, were imposed by the Chios Police Department on twenty-five newly arrived refugees who had landed in Chios twenty days ago.

After escaping the risk of being deported they were taken to the quarantine facility in Lefkonia as the law dictates.

When the 14-day-quarantine period passed and it turned out that they were not infected with Covid-19, the refugees were taken to the Reception and Identification Center to have their data registered and to submit their application for asylum.

However, they were treated not as refugees but as tourists or visitors who are required to bring a vaccination certificate upon entering the country or to have been tested for antibodies proving that they are not carriers of the virus.

The relevant document that was given to them to sign was in Greek without translation in α language they understood. They had come from African countries or Arab-speaking regions.

These fines will be deducted from the allowance available by European Union funds for people seeking asylum to cover basic needs of their daily lives.” newspaper efsyn noted in its exclusive report on Tuesday.

Following a national and international outcry, the leadership of the Greek Police announced on Thursday (August 26) that the 5,000-euro fines were revoked. In a statement, police attributed the fines to a “misinterpretation of the law by police officers.”